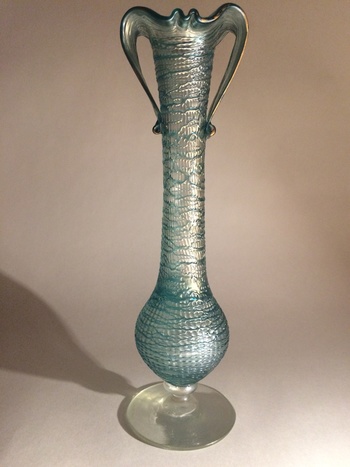 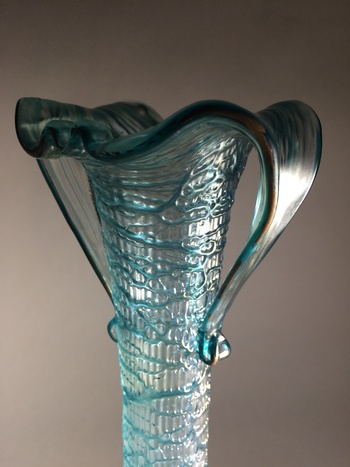 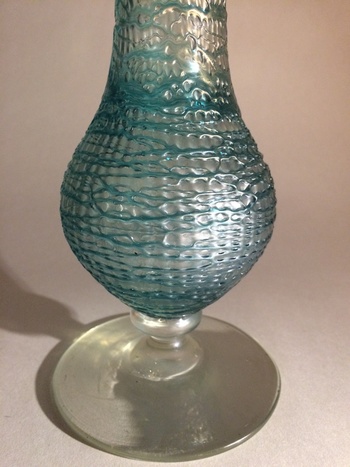 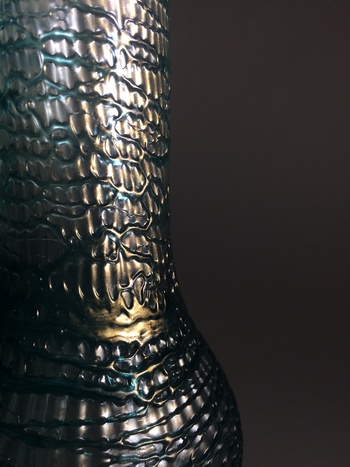 Well, if you're anything like me, my better half does not really understand my obsession with art glass, but she admits to liking this vase. Not that it's not a interesting piece, it's just that it came as a surprise to me that she likes any of my glass collection!!

Having said that, this is an interesting vase and one to which I can't identify with any certainty, a manufacturer. It has a shape which I would regard in a genre closer to 'classicism' (if that's valid) rather than Art Nouveau, but those vertical lines and applied veining are so Loetz like, that if it hadn't been for a knowledgeable friend sowing the seeds of doubt I would still firmly believe that it was Loetz. But now I'm of the opinion that it is Loetz-ish!

It's a clear glass with coloured blue veining, it has the remnants a kind of gold applied to the top, although very little remains and has an unusual semi-iridescent gold effect visible along the neck. I have attempted to photograph this in pic 4.

If anyone could confirm one way or the other, I would be enourmously grateful.