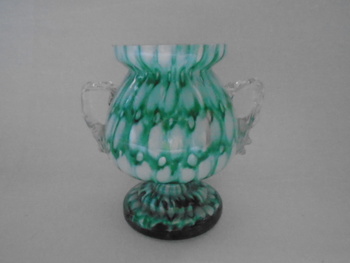 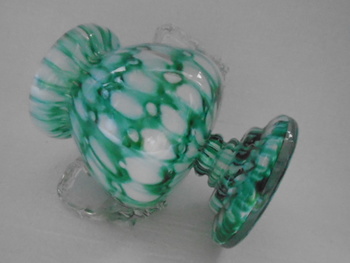 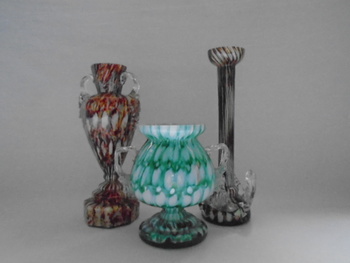 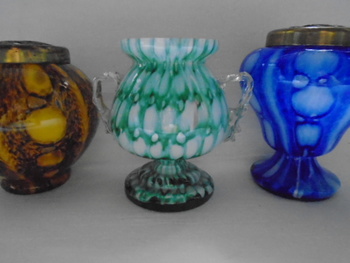 I bought this as an example of a Welz Honeycomb décor in a colour way I didn't own, though I'd seen it before. It had been in the house a while but on taking photographs today I noticed that it's different from other examples of Welz Honeycomb décors I own.

Honeycomb décors have rows of 'empty' circles or ovals surrounded by lines of colour(s). This example though has further rows of tiny circles but these are in fact air bubbles. In fact from their regularity they should probably be called controlled bubbles.

Image three shows it with two examples of Welz honeycomb without bubbles. In the candlestick the honeycomb is elongated so much that the circles/ovals are narrowed in the extreme, so much so as to be more like slits.

If you look at image four you can see the trophy vase between two examples of the Welz décor called 'Bubbles'. The Art Deco décor 'Bubbles' is epitomised by vertical lines alternating with a vertical stack of spaces and air bubbles. In each case the bubbles are the smaller shapes.

This décor has been named as Controlled Bubble latterly.