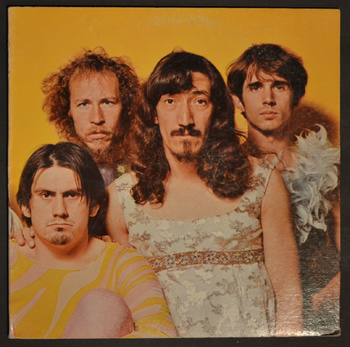 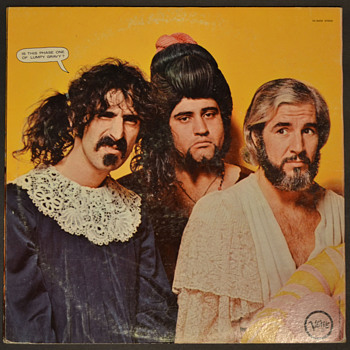 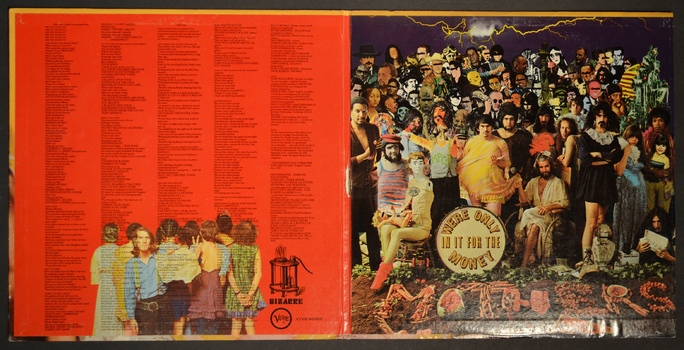 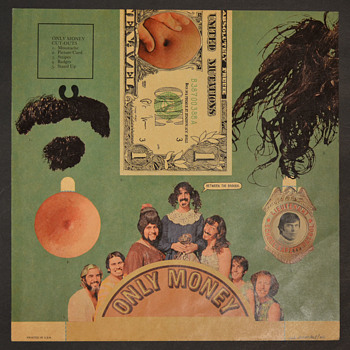 Why would you collect records?
If you are anything like me, music is always happening in one form or another. There is music everywhere - some that you choose to listen to, some you don't but hear anyway. When I was young, records were the only choice available if you wanted to hear a song more than once. Now I can mow the lawn with an mp3 player and ear buds. The best reason I've heard for collecting records is simply - you can't hold an mp3.

So, why collect this record?
This particular album is a blue label first pressing from 1968 with the original insert. Frank Zappa was less than pleased with this release. First, in his mind, it was released inside-out. The gatefold cover was intended as a parody of The Beatles "Sgt. Pepper" album cover but record company censors (lawyers?) made The Mothers reverse the pictures. Probably even more important to Frank, that wasn't the only censorship enforced on this release. They altered the music and lyrics as well. There were even more changes in subsequent releases. Frank turned down an award for this album, demanding it be given instead to whoever did the changes. It was finally released as originally intended when Zappa achieved complete control over his label and material. But before all that in-fighting was known about, in 1968, The Mothers of Invention put out some of the most amazing music of the era.