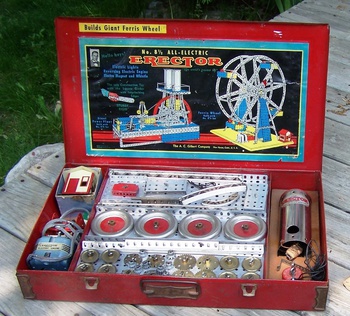 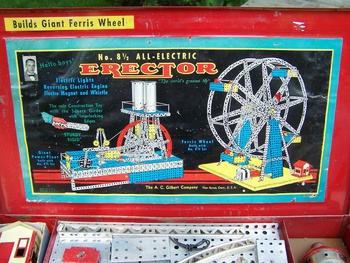 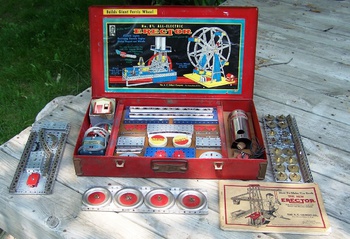 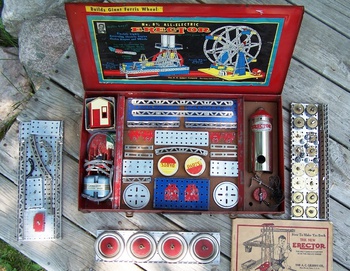 This last weekend at the Michigan Antique Festival I found this Wonderful Erector set by A.C. Gilbert, this is one of the larger sets and is considered the 8 1/2 which can build most models, When I first saw this set around all the other Expensive antique phones and toys I figured the price would of been around $200.00, but when I flipped the lid down and saw that it was only $85.00 I was shocked, the seller noticed me drooling over the set walked over said $75.00, I couldn't get my wallet out fast enough! According to the seller, the collector he had purchased it from mentioned that this was the most professional and caring packing job that he had ever seen in his 20 years of collecting, I did notice that each and every piece was packed away in its own spot and the person who had original packed this had hand made a wooden holding spot for the tower, elector magnet and also a wooden holding area for the rest of the set which can be seen in the fourth picture, each piece was gently put into its area, the only issue i found was that cord on the motor, which was the Original 1940s needs to be replaced which is very common according to many collectors since the plastic around the wiring ((which happens to be aluminum instead of copper)) generally gets worn off, other than that this set is in Excellent Condition, I wish they still had toys like this for kids… I mean this was meant to teach a kid how to build and operate his own steam engine… or oil rig... or anything he could imagine… Truly a piece of Americana which I think we could use more of in today’s Markets, Thanks for Looking!
Best Regards
Shawnl86 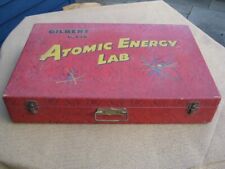 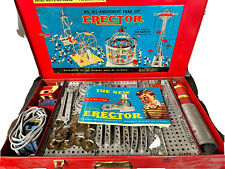