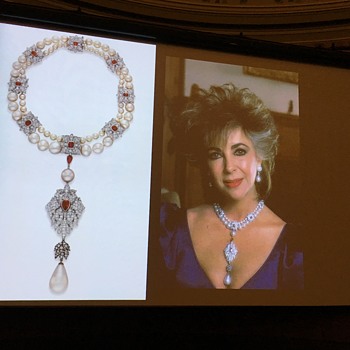 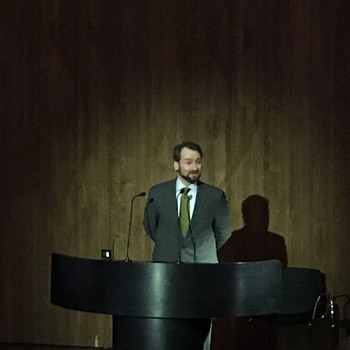 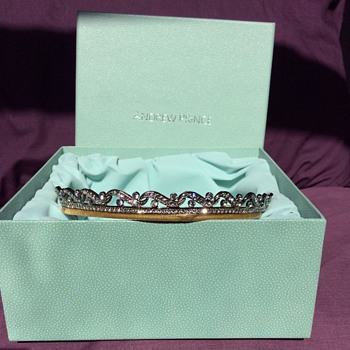 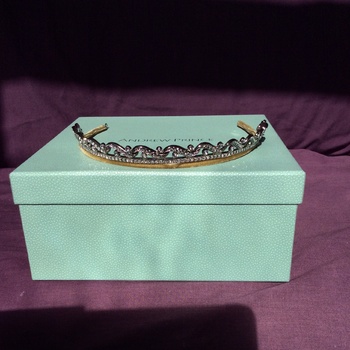 Last night I went to the Victoria and Albert museum for a talk on Jewels by Andrew Prince. The final picture was of the evening was of the beautiful Elizabeth Taylor wearing the La Peregrina pearl. This was bought for her by Richard Burton for $37,000 for a Valentine's Day present. Husbands take note !! It was originally found in 1513 and given to the future Philip 11 of Spain. He gave it to Mary 1 of England, but it was returned after her death to Spain and was worn by Margaret of Austria, Elisabeth of France and Mariana of Austria, so it was fitting that Elizabeth Taylor wore a pearl fit for a queen. It was sold as part of her collection in 2011 for $11 million but am still waiting for my husband to give it to me as a surprise ha ha. The 2nd picture is of the jeweller/historian Andrew Prince last night. A lovely man who also designed and made my Tiara in picture 3/4. Don't ask but I feel a a girl should wear a Tiara a some point in her life. Ps at one point, when owned by Elizabeth, the jewel went missing and she found one of her dogs chewing on it, seriously !! Hope you enjoy this post as Liz was always an idol of mine and I lurve jewellery xx