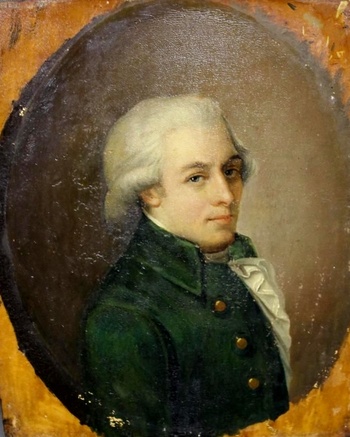 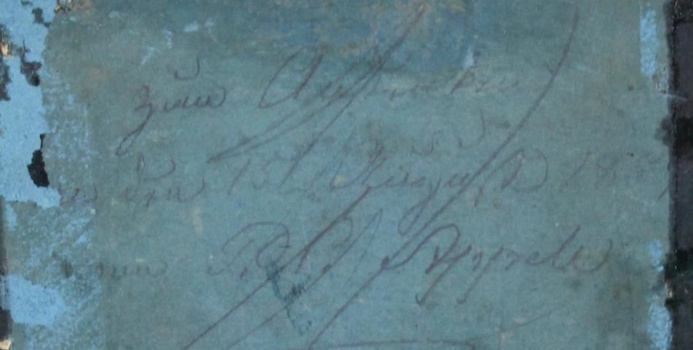 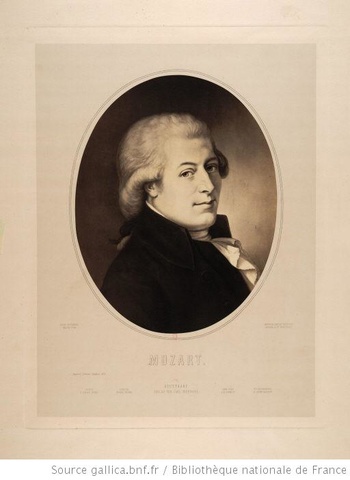 I purchase this painting (previously posted) and later discovered that it is a very old likeness of Wolfgang Amadeus Mozart painted by Johann Heinrich Wilhelm Tischbein . It had been recently purchased in Cape Cod, Mass. I inquired about it with an expert in Austria and received the following information:
The real Tischbein portrait belonged to the property of the André-family. They live in Offenbach am Main since 1709 and founded 1774 a music store. Around 1900 the Tischbein portrait was brought to the USA by a family member. Scientists do not know where it is today. In the 19th century some copies where made showing that lost portrait. Even the mentioned engraving was sold in that time.
Each copy has its own artistic view of the lost Tischbein portrait. So it is important to know that you have such a portrait.
The written inscription means: “Zum Andenken an den 15. August 1859 von P. A. Appel” (In memory of 15th August 1859 by P.A. Appel“). I am not sure if Appel means the artist. Probably it could be a former owner giving it to a friend. Our museum has one of the remaining copies painted by artist Leopold Bode from Offenbach, but your copy does not seem to be from him.
Dr. Christoph Großpietsch
The last photo is an old engraving likeness of the original lost portrait. The second picture shows how the painting has been in painted through the years. The third photo shows signatures on the back of the painting.
I also discovered that the artist's daughter, a miniature artist, married into an Appel family and that her husband was a musician, but it now appears that this painting was painted by Peter Karl Appel.