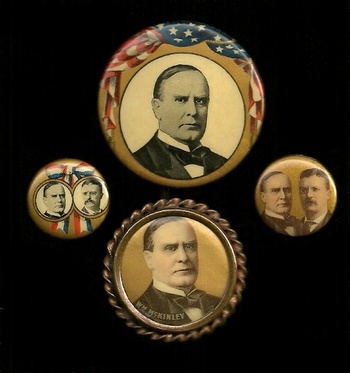 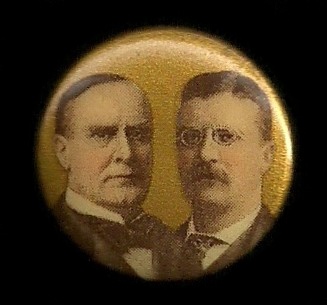 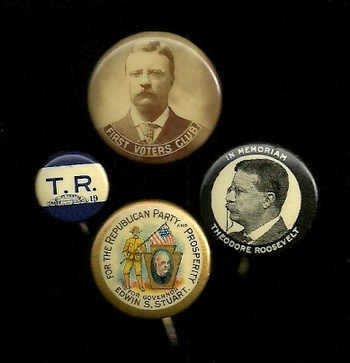 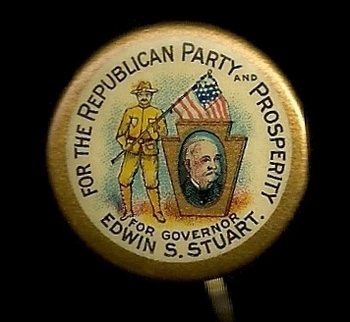 Decided to jump back in time to some of the earliest celluloid buttons they are simply a metal disc with a image on paper and covered in a Mylar type plastic compared to a Lithograph button that has the image printed right onto the metal with no protective cover they are easy to damage because of that a older mint condition Litho can bring good money.
The very first celluloid button's were made in 1893 and by 1896 they dominated political items, Most political items before that were metal mostly coins or fobs, cloth/silk mainly ribbons or paper.

4th is what's called a "coattail" button from 1906 with Edwin Stuart for Governor of Pennsylvania On the "coattail" of Pres.Theodore Roosevelt in his Rough Rider Uniform 7/8 diameter.

(side note)
Donald Trump is the oldest President when sworn in at age 70 years 220 days.
Ronald Reagan was our oldest president in office at age 77 years 349 days