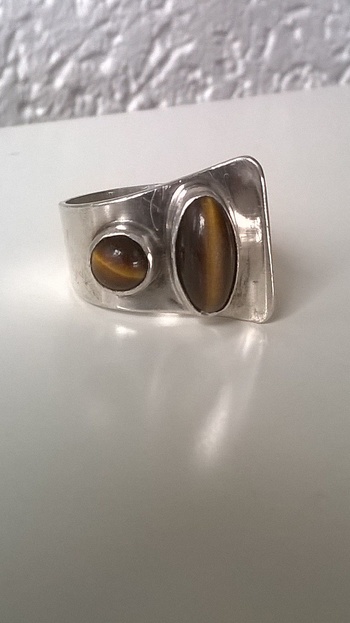 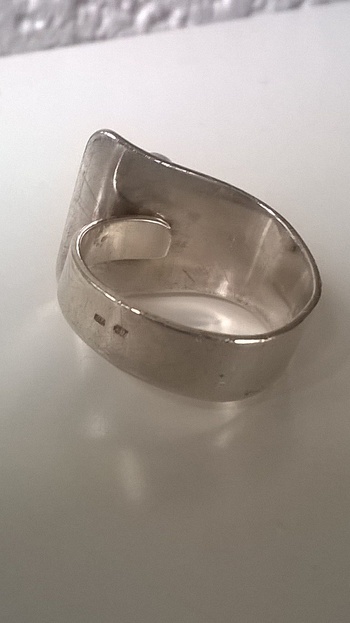 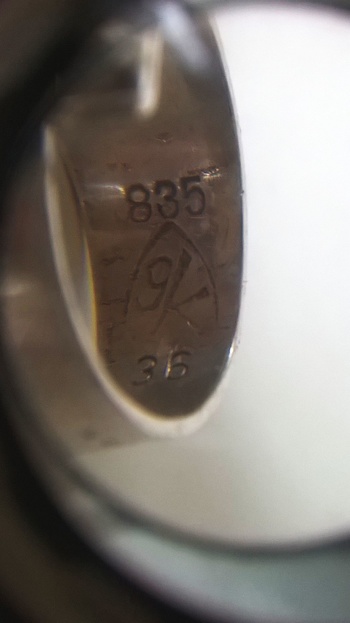 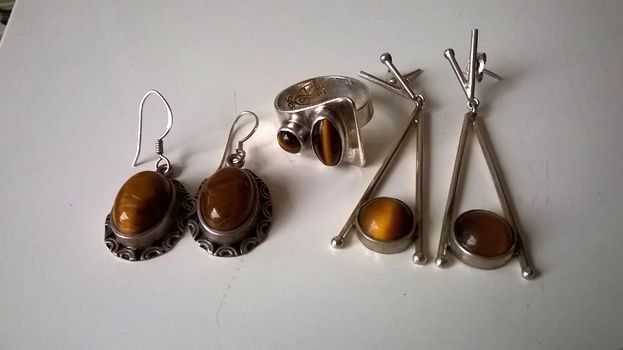 I bought this off a friend for a small asking price (7.50) earlier this afternoon. She got it from a local flea market. Not her style, but definitely mine! I had been looking for a vintage Tiger Eye ring, but no luck until today.

FISCHLAND JEWELRY / GEORG KRAMER
De real Fischland jewelry is produced by the company of Walter Kramer (a descendant of Georg Kramer). The silversmith Georg Kramer founded his company in 1771 in Ribnitz Damgarten (Germany). His descendant is the master goldsmith Walter Kramer who started in 1932 with the designs of the well-known silver "fish-jewelry" which usually were decorated with amber. Walter named this jewelry to the Fischland area near Ribnitz, the southwestern part of the peninsula Darss-Zingst. This jewelry was a great success, especially amongst the tourists and bathers from that era, and in 1939 the company was renamed Fischland GmbH with patent protection. The company then had 100 employees. In addition to the Fischland Schmuck this company also designed beautiful modernist jewelry. Very striking because of the simple strong design in which often precious or semi-precious stones were processed. This jewelry was not hallmarked with the fish but with the letters G K in a shield together with a model number.
After the second world war in 1947 the company was 1947 expropriated under the Soviet occupation law and Walter Kramer then fled to Lübeck-Rostock to continue his company. The State-owned company went on under the name "VEB Fischland-Schmuck". In 1959 Walter won the patent dispute making the State-owned company changed its name to "VEB Ostsee-Schmuck". Walter died in 1990 in Lubeck-Travemunde. The patent rights went back to Ribnitz in 2009. The current owner is the Ribnitzer Amber Gallery E.