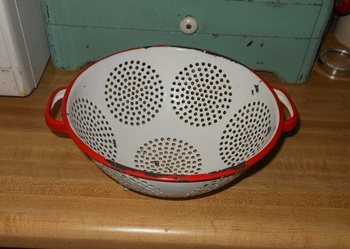 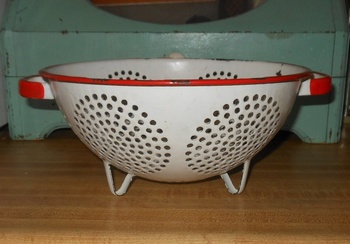 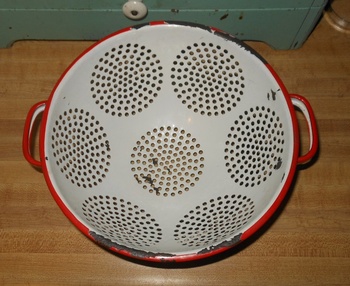 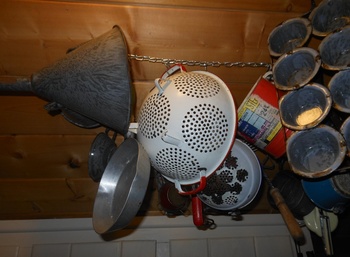 By Circa 1930 I mean plus or minus a decade or so. Enamelware is hard to date but the white with red trim was popular in the 1920s and 1930s.
I have not bought much of the solid color enamelware lately but this one was a bit unusual. It has feet instead of the usual one piece stand. Also the draining holes are in an interesting pattern.
They are actually making retro colanders now for sale at mainstream stores such as Target. They look pretty good but you can get the real thing for close to the same price or maybe for extra $10. But the real thing has that je ne sais quoi that 6-10 decades gives it.