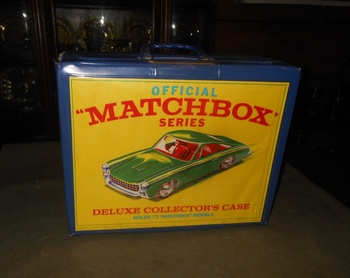 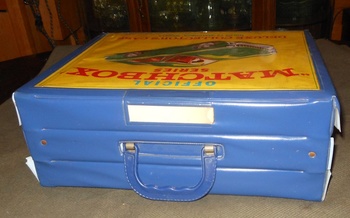 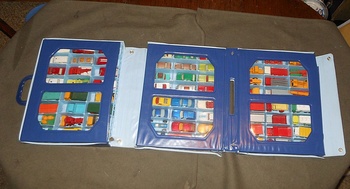 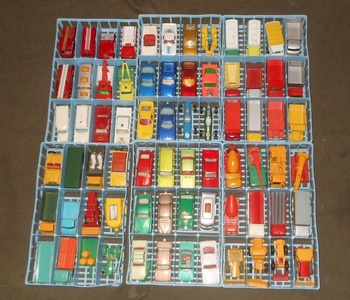 Circa 1968 although it was sold for several years. It has the MB Ferrari on the front which was first released in 1965. It was in the 1970 catalog but was gone by 1972.
As to some exciting info about the case. It holds 72 cars which is three short of the 75 in the catalog. But it was rather difficult to make a carrying case for 75 cars as the trays hold 12 cars each. And then there would be discontinued models from the previous year and new models from the next. But only some crazy collector would care about having every car from every year with every variation.
Photo #3shows how it folds out. The cars will also fit stored vertically. They display better that way but store better horizontal.
Wrapping it up with the trays filled with cars out of the case. I do not keep the trays in the case as I don't take them to a friend's house anymore and it keeps the cars safer that. They still manage to lose pieces staying in their trays. I blame the vacuum cleaner.+