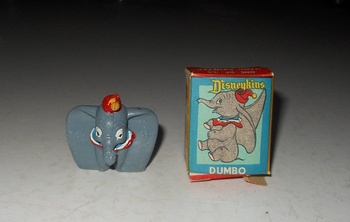 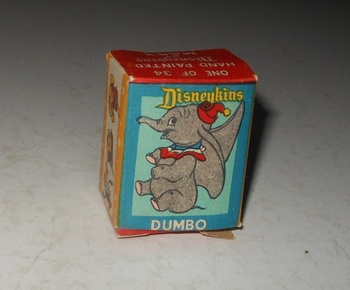 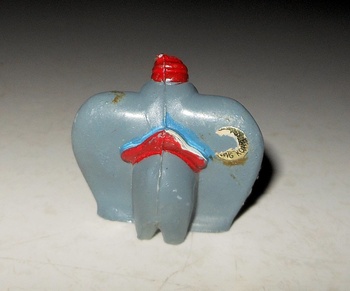 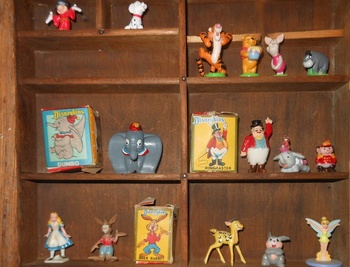 One can never have too many Disneykins. Had to get Dumbo to go with Timothy Mouse and the Ringmaster and luckily Dumbo came with the box.
Dumbo is perhaps the largest of the Disneykins at about 1 1/2" x 1 1/2". Panchito may have larger dimensions but Dumbo is more solid. Panchito is just pointing his guns in the air.
Just to review Disneykins they began production in 1961. It is not clear when they ceased production but it was probably 1969-70. After that they probably just sold what was left. Quaker Oats took over in the early 1970s and they had no interest is producing these figures.
In the meantime I have picked up two more Disneykins so do not despair.