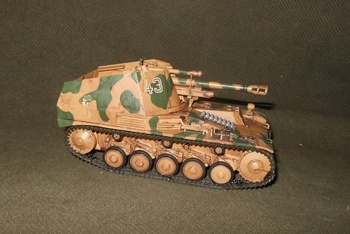 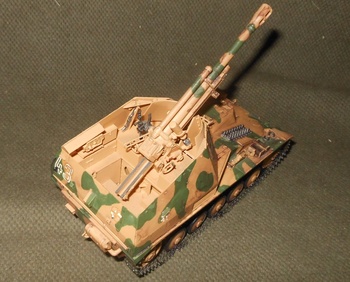 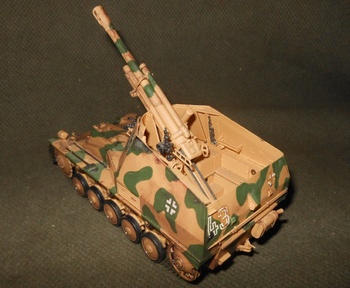 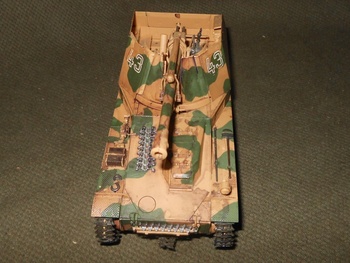 I believe Wespe is German for Wasp. The actual vehicle was based on the Panzer II and carried 105mm howitzer. It is what is called a self propelled gun. The armor was about 1" thick which is enough to protect against small arms and shell fragments. The top is open as these vehicles had to fire fast and had a large crew.
As for the model it came built and painted. Another from the Long Beach Antique flea market. At $15 I did not argue with the price. I did weather the outside just a bit. Most vehicles did not last long in WWII so not much weathering is warranted.
It does have several nice details in the crew compartment such as the direct sight. Usually these were indirect fire which means a few miles away. The direct site is for just before it got overwhelmed by T-34s or Shermans. Also there is a MP 40 machine pistol and some rounds for the crew to fire.
Have not had the time to paint models so this is a welcome addition.