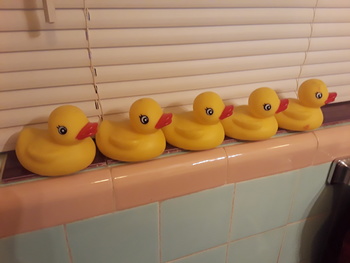 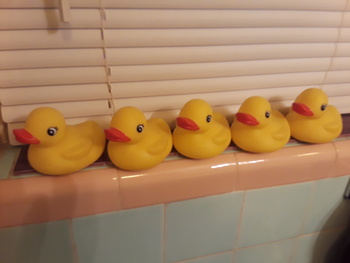 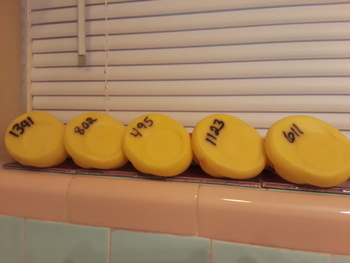 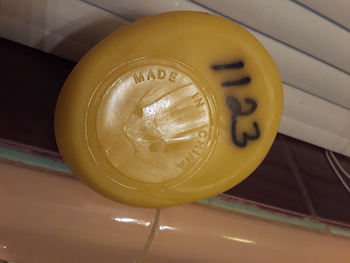 Except there's five of 'em instead, they don't 'squeak' when squeezed, and they have numbers written on their undersides in black sharpie. BUT THEY STILL LOOK CUTE sitting on the bathroom windowsill, don't they??! ;-) :-) ;-) :-)

These were found 'loose' and 'unpriced' on the shelves at Goodwill recently -- when I took them to the register to ask for a price, the clerk mentioned that "there was a big binful of those a few days ago, but somebody bought the whole thing". [presumably these five 'got loose' in the meantime?] Anyway, he remembered that they had been priced 6pc for a dollar -- I said "close enough, a buck it is, SOLD?!" :-)

With that story plus the sharpie marker numbers, I believe they probably came from a 'carnival game duck race' kind of thing -- where the carnies ultimately make money when people (wrongly) guess which numbered duck gets to the end first. (or something like that...?) They're hollow, made of flexible molded plastic with the words MADE IN CHINA in the mold mark.