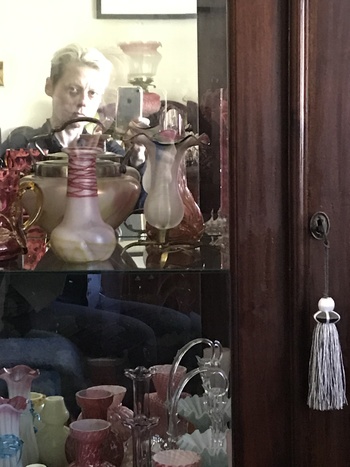 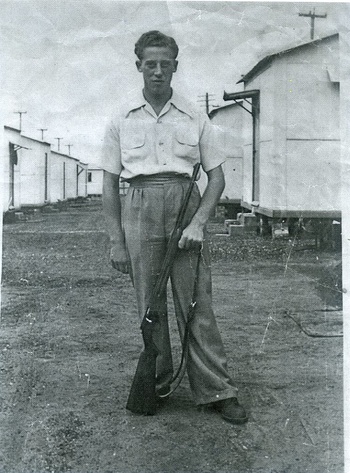 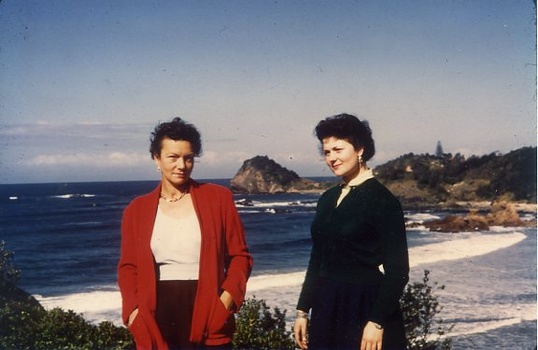 It's my birthday tomorrow, & in the spirit of taking stock of one's life, I thought I'd share a little of the past (CW's the perfect place for that).
1. Well, this is where I am now, in a very good place. I am so fortunate to have a nice house & somewhere to display my collection & make art. I'm getting some new cabinets soon so there will be a bit of upheaval while I assemble them & move stuff around, but hey, it will keep me off the streets, LOL.
2. This is a photo of my father, whose name was Franz. He was born in the former Yugoslavia in 1930, emigrated to Australia circa 1950, & passed away in 2003. I have no idea of when or where this photo was taken (except that it was somewhere in Australia in the early 1950s). It looks like a camp of some sort, with those huts. Perhaps a migrant camp he lived in for a while. I also have no idea about the gun, which is almost as big as him. This curious photo was sent to me by some distant relatives in 2008. He'd sent it "back home" in the 50s sometime...but he lost touch with them by the late 1960s. It was interesting to see a photo of my father as a young man, as he was in his 40s when I was born, & had no old photos to show me. We are so alike in many ways, but unlike me, he never was one for possessions. He was not a collector in any shape or form, just a kind, gentle sort of person who loved gardening, animals, & nature in general. He was rather melancholy & serious but had a whimsical sense of humour, too. He called me "chip off the old block" when I was a little kid, & you can see why...although I did get a bit taller than him.
3. This is my mother Audrey (right, in the black dress) & her mother Lillian (left in the red jacket). Audrey was born in 1934 & died in 2018.
This photo was printed in the 1990s off an old colour slide taken in the early 1950s. I think my mother was about 20 here, which would make her mother around 40. As you can probably tell, they were two VERY different people. They did not get on at all. I'm not going to go into all the tragic details but let's just say that some folks are like two chemicals which should never be mixed in the same test tube, unless you want to create an explosion. A relationship like that can (& did) set in motion a whole bunch of issues that lasted for generations. Even after they were both gone (Lillian was born 1914 & died 1999) the repercussions went on. But - despite the sadness & difficult times...I choose to remember the nice things about my mother Audrey. She was quite a dramatic person. The black dress is out of character for her, as she usually wore red, pink, & bright floral prints. She had an artistic side that was never fulfilled, & became a dedicated op shopper in her middle years (out of financial necessity in those days...though later for fun...collecting Australian pottery & all kinds of random knick knacks).
My folks met later in life (yes, my mother had another family in the late 1950s, but that's another story that I shan't delve into) & their first date was a trip to the Sydney Royal Easter Show. They met on a bus going to work in the early 1970s. Both worked in factories in the same suburb.
This photo was taken somewhere on the North Coast of New South Wales.