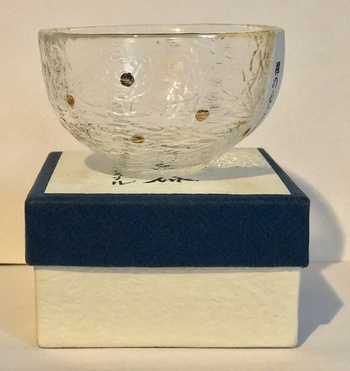 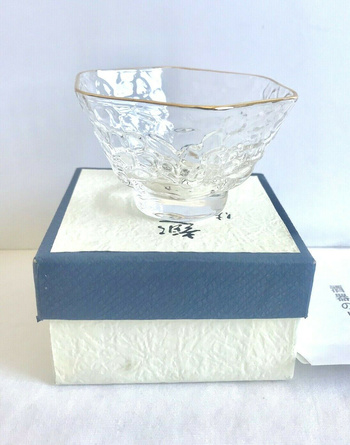 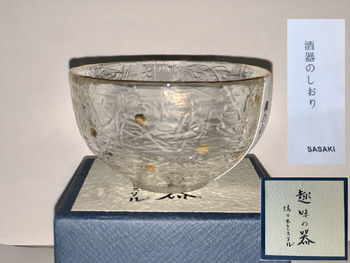 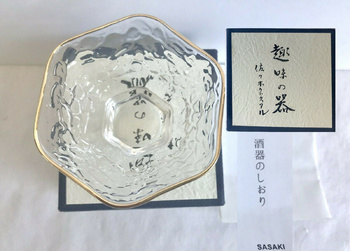 These little clear glass ochoko for cold sake each came in their own box with a small bit of documentation. I think that this is the first time that I had seen clear glass ochoko which were not kiriko or satsuma glass. I am guessing they were created in the 1980s or 1990s before Toyo and Sasaki merged in 2002. Kind of odd little pieces and very inexpensive. Since, I found these, I have found numerous examples of clear glass ochoko. I also found a box set of two ochoko by Sasaki that had an identical hexagonal ochoko and a similar round one in smooth red glass. At first, I thought these were yunomi for tea, but found the box set on a Japanese auction site where they were correctly identified as ochoko.