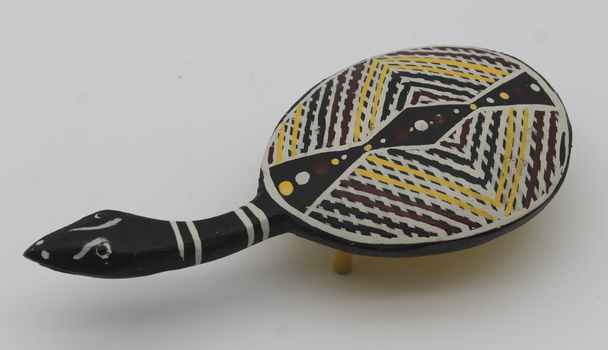 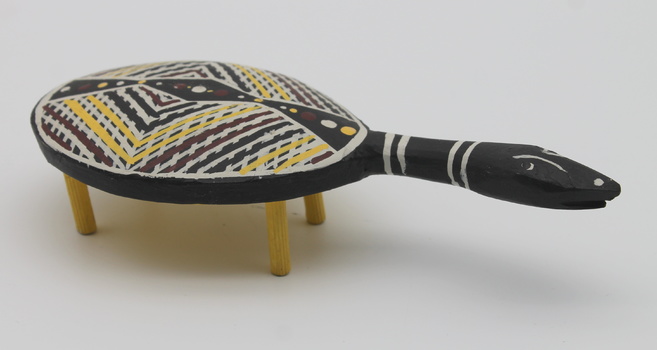 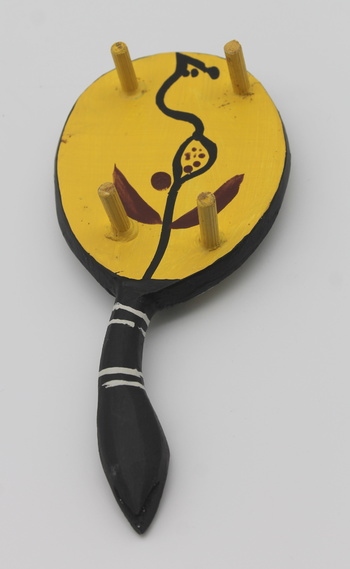 I was very happy when I found this turtle in an antique centre recently. It is a great piece of indigenous Australian art that I enjoy daily.

I was brought up in a western NSW country town and it had a significant aboriginal population. We were not taught much in school back then about the length and wealth of aboriginal history but I guess that's when my awareness began. Our indigenous have been treated very poorly (as have most worldwide). We took their land, murdered many, destroyed their culture and stole their children. I totally understand their pain and anger.

I live on Burramutagal land in the Darug nation and even in suburban Sydney there are significant cultural sites close to me.

I don't have much aboriginal art but this is such a great piece. Gerry Blitner was a guide, artist, army scout, pearler, and fighter for land rights. He was from Naiyalrindji country on the mighty Roper River, south east of Katherine in the Northern Territory. Born on the banks of the Roper River in 1920, Mr Blitner was taken away to the mission at Emerald River Station on Groote Eylandt. As an adult he reconnected with his people and became a revered and strong elder. He worked as a land rights leader and was chairman of the Northern Land Council in the 1980s.

Mr Blitner died in 2008 at age 87 and was given a traditional burial on Groote Eylandt. Members of his family have continued his artistic lead and his grandson Eddie is a respected indigenous artist.

Gerry Blitner's art is traditional and nature based. This little turtle probably dates from around the 1970s and is around 19cm long.