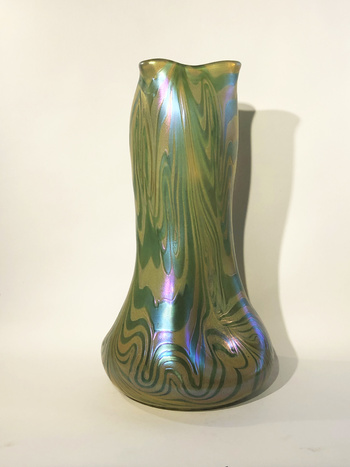 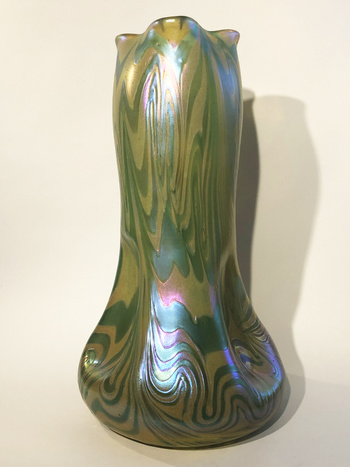 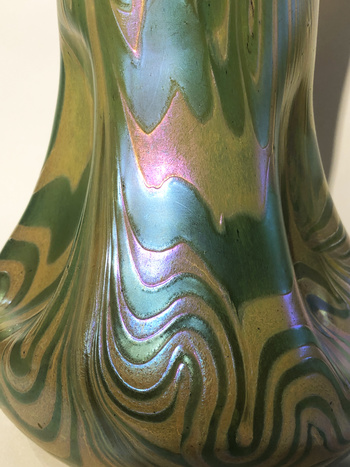 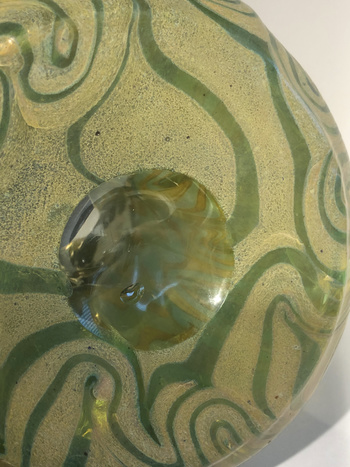 Another cracking cheap find, again by a seller that didn't want to post. Described as "1930s Studio Glass Vase". I accidentally did not read the original posting details, I bid and won, but then realised the seller rquired me to pick it up - it would have been another very long road trip, so, I had to ask him to cancel the sale, which he did, I wrote to him and asked him if he would reconsider posting, he said no, so I told him exactly what it was, how old and gave him maker details, just to help him with his sale.
A week later, he sends me a message and that he would now post (he did not include international), pushed the price up by a few pounds and marked the postage as free. I bid again and won with no other competition or watchers!! he didn't even change the description, which remained as "1930s Studio Glass Vase", despite the information I gave him.
All in all a great buy, He had mentioned the size but even so, when it arrived I was astonished at just how big this piece is and the weight, 2kg, (4.4lbs) and 14" tall.

NB. Interestingly, I have seen this shape most often described as Rindskopf 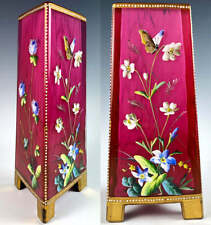