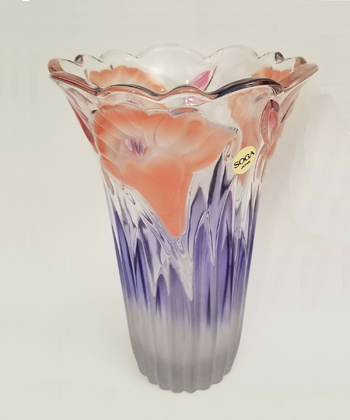 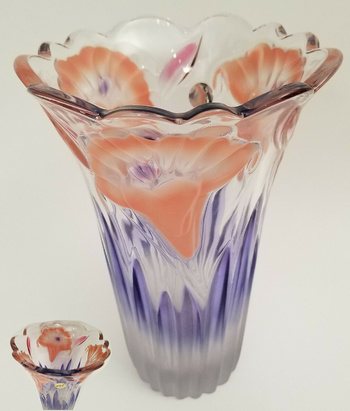 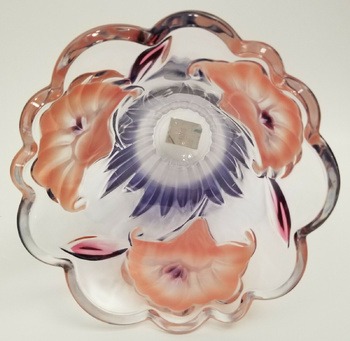 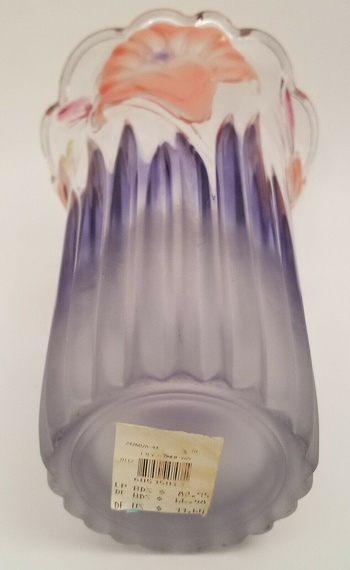 This lily vase by Soga Glass Company is 9.75" (25 cm) tall. It has its original Soga label and also a UPC label from whichever American distributor imported it. The finish is partially crystal and partially sandblasted. For a brief period Soga made layered art glass, but eventually settled on crystal, flashed and sandblasted glass, and combinations of all three finishes. This vase is an example of all three finishes.

I have been keeping my eye out for a good representative piece of Soga glass and had my eye on a couple of their signature fish plates and this vase several months ago. I made an offer on this vase which was declined and I chose to not pursue it. When revisiting the available Soga glass today, I found the price had been discounted and shipping on it was now free, so I made another, slightly higher offer and it was accepted. This is a fairly large, substantial vase and a good example of Soga's artistry. I may still add a Soga fish plate to my pile at a future date. I think this vase dates to around 2000.

Soga still has a web site up, with some very awkward English text on it, but it has not been updated since 2006, so this company appears to be out of business. Some the the pages on the site are non-functional.