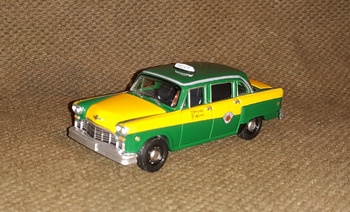 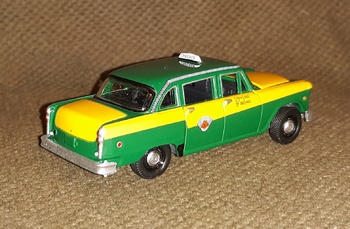 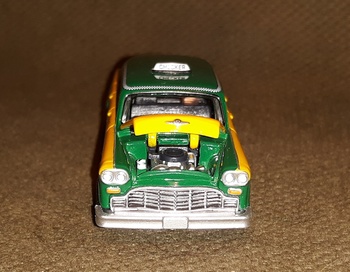 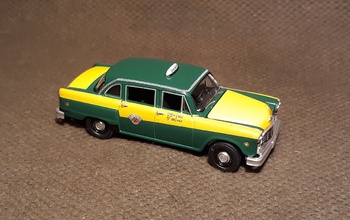 Checker Cabs aka Marking Motors was famed for making 1950s cars up until 1982. Apparently they were big on the east coast but it was all Yellow Cabs on the west coast. They seem to be a combination car company and taxi company.
The Marathon was made for the general public. Oddly they don't seem to have gone over well despite the inline Continental engine from 1936.
They did work well as cabs though. Nice and roomy. I think it held five passengers in the back,. Nice and dependable and speed not really needed except to change lanes and honk. Never been to NYC but in TV and movies there is always a lot of honking.
In the meantime still yet another well detailed model from Greenlight.