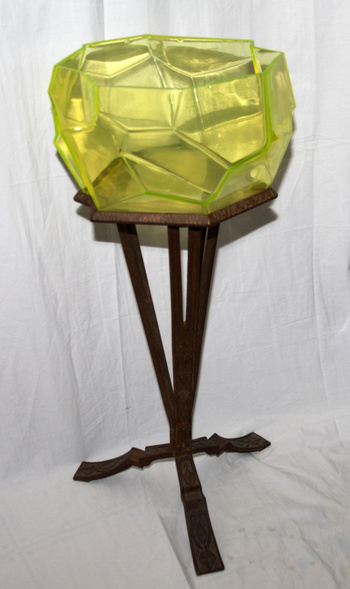 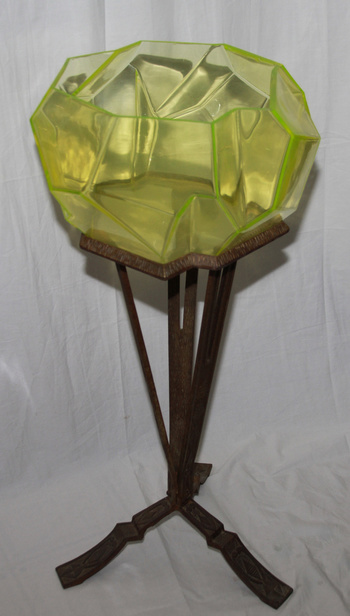 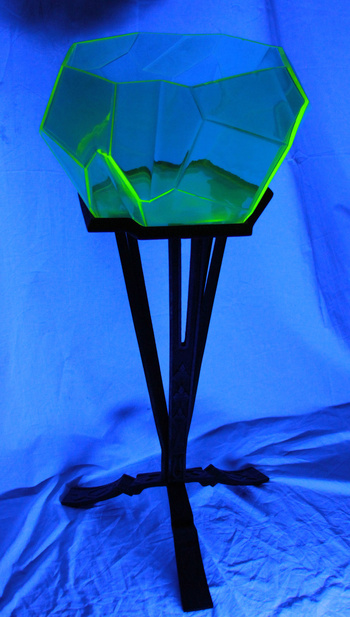 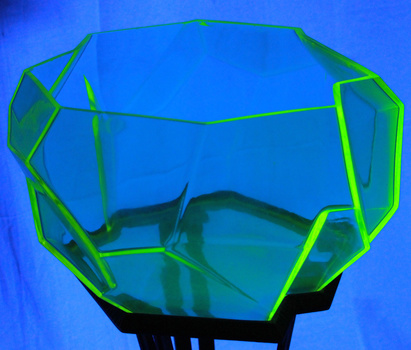 So, what was it that made you start collecting art glass? Was it a book; such as "Miller's Art Glass; HOW TO COMPARE AND VALUE" (Louise Luther, 2002)? Well, in that very book I read about an item that was so rare that there was suposedly only four known in the entire world (see "Consolidated Glass Company", page 39). Well, this is at least number five, and I have research indicating at least seven examples, including the ones in Bostons' Museum of Fine Arts and Denvers' Kirkland Museum (both highly recommended, so please go see them if you are in Boston or Denver). My example was found in Texas, and has the IDENTICAL stand as in Boston's MFA. I also had another one (believe it or not, but it's true) and it was from Florida. It wasn't as good as this one so I sold it - with a different "questionable" stand. The point is that the books aren't always 100% accurate, although Louise did mention a fifth fishbowl might be out there. I found #5, #6, and I think #7 too. If anyone is interested in this story - I have complete documentation including video staring yours truely - please let me know. It is a Ruba Rombic riddle that is ready to be revealed! How about you, Louise?