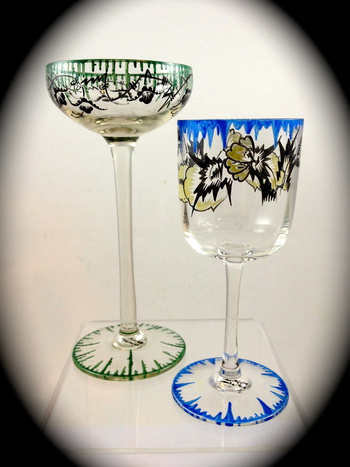 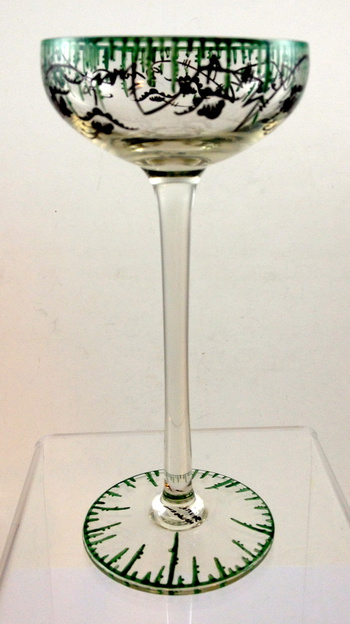 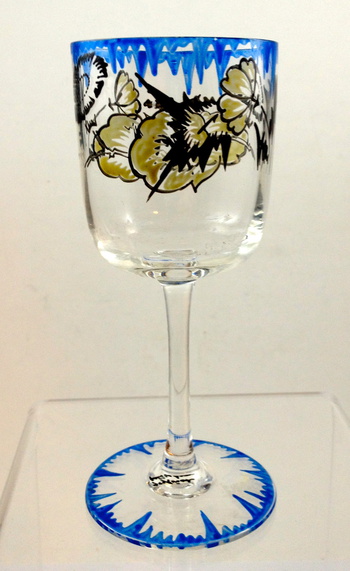 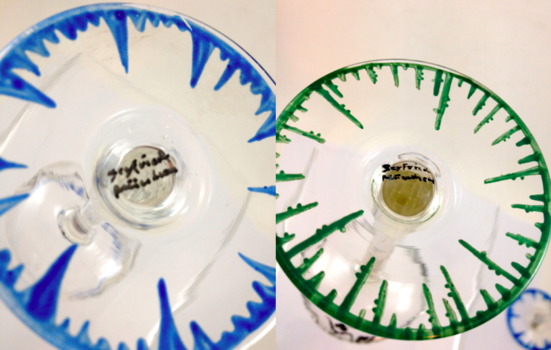 The workshops of Emmy Seyfried and Bernardine Bayerl were located in Munich and Ida Paulin's in Augsburg. All three artists were concerned primarily with enameled glass. For their decorative designs they used self-designed glass shapes that were executed in glass works located in the Bavarian Forest. Stylistically, though they were practicing in the same area at the same time, the characteristic style of the three women was remarkably different, most likely due to their varied training.

Emmy Seyfried (1888-1969) was educated at the School of Applied Arts in Munich, beginning around 1906. She then spent some time as an assistant to professor Adalbert Niemeyer. In 1918 she founded in Munich her own workshop for porcelain and glass painting, which she kept until 1961. In addition to painting, she employed trained engravers to execute engraved designs. Seyfried's designs on glass do not utilize overly extravagant shapes or elaborate designs. She decorated her glass mostly with stylized floral motifs in two or three colors. Their designs are usually applied with spontaneous characteristic style, creating a dynamic effect.

The two glasses shown here were acquired at a local antiques show from a dealer I've known for several years. Both are properly signed on the base 'Seyfried München', beautifully hand-executed on quality crystal blanks.