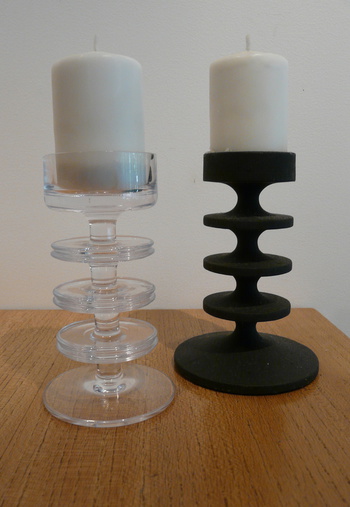 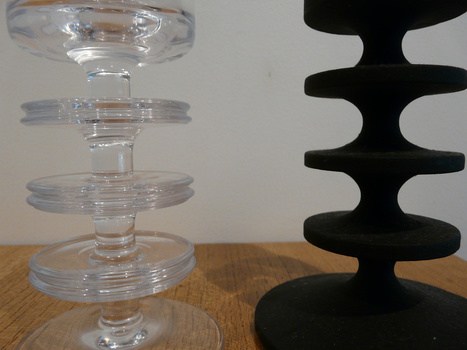 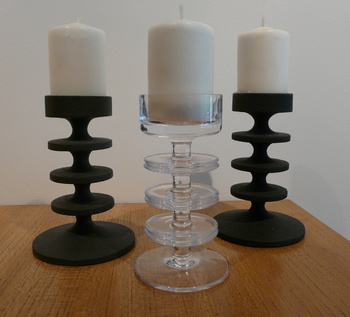 On Monday's I head on my northern hunt and yesterday came back with some copies of Pottery in Australia from the 1980's and a candlestick. The candlestick had eluded me for quite some time. susan had implanted the idea in my mind a year ago on CW when she had spotted another similar form in one of my postings. I found one of the glass versions yesterday.

This is called the 'Sheringham' candlestick designed for Wedgwood by Ronald Stennett-Wilson. It has a design similar to that of my Hobart cast-iron candlesticks designed by Robert Welsh.

They both are very similar are they not?

I believe the cast iron candlestick (the Hobart) was designed by Robert Welch in 1962. The Sheringham, I believe, dates to 1967. They both have in this case a series of three disks that make for a firm grip between your four fingers and thumb. They are both equally comfortable in the hand.

It is marked with the curved Wedgwood England acid etched mark.