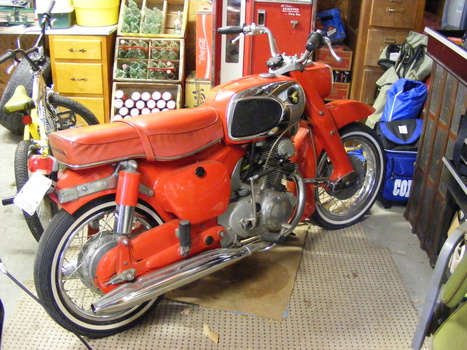 1969 Honda Dream 305. Bought a house this was in the garage, I asked and the owner made me one hell of a deal.