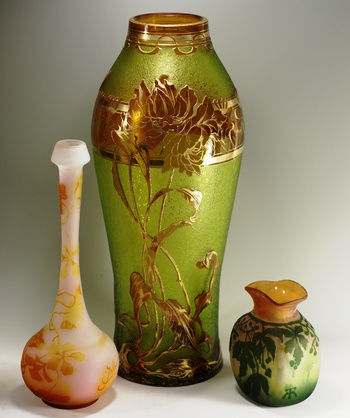 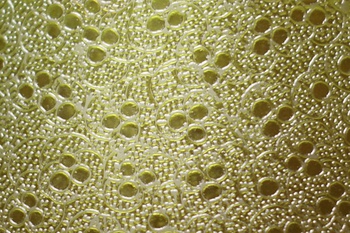 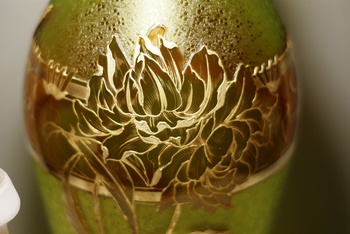 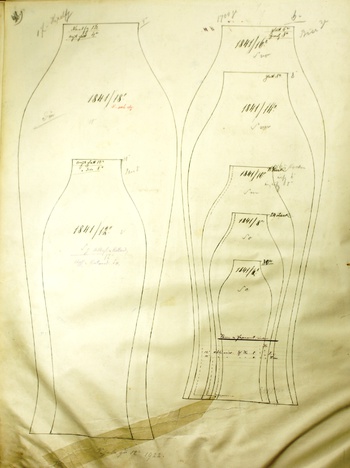 Three super cameo glass vases landed this week, a Legras from a trade, and a 12.5" Galle' vase from an auction, but these were dwarfed by this massive 18" tall Harrach "Kiralfy" 1900 Art Nouveau Cameo Glass vase!

Every square inch of the vase was acid etched, down to the patterned background, similar to what Baccarat and other French cameo shops were making. Three layers of glass - clear, peridot green, and tangerine orange.

A few similar styles of like cameo glass are shown in the Harrach book, and Mergl had this to say about Harrach "Kiralfy" cameo glass:

"Vases with etched decoration in Kiralfy glass were evidently among the exhibits at the World Exhibition in Paris, as indicated by a commentary in Centralblatt 1900, p. 450 - "The glassworks of Count Johann Harrach at Neuwelt exhibited excellent cut (sic!) work in Galle' style and made a brilliant impression especially with its new technique and artistically virtuoso specialty - large luxury vessels with highly imaginative floral decoration created by the partial etching away of three superimposed layers of glass, thus producing attractive and lavishly colorful transformations."

The most frequent color variants of Kiralfy series are combinations of aquamarine, orange and smoke, pink aquamarine and green, or green, orange and ruby red." 1

I was able to find the Harrach design book drawing for this vase, which shows the shape in various sizes, but the largest is noted at 18" tall and denoted with the shape number 1841/18" (same height as this piece). It's also noted that this shape is for the Kiralfy line.