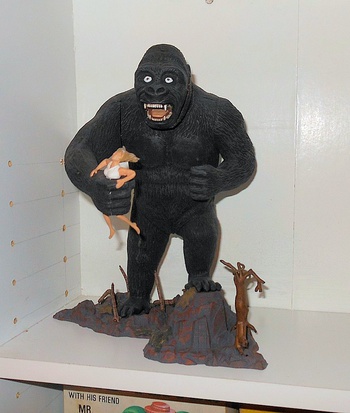 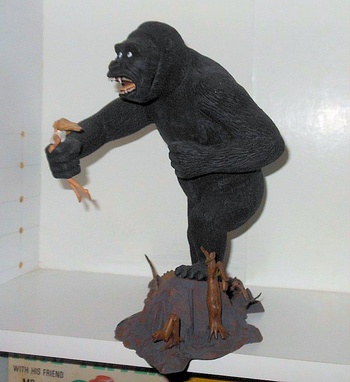 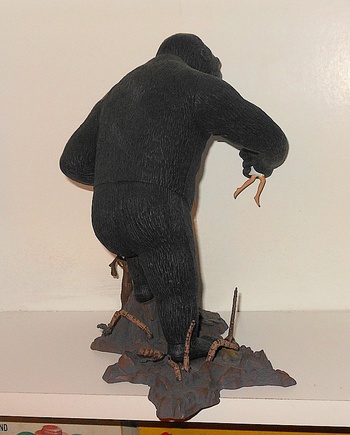 The original kit was released in 1964. This version was released in 1992 in a completely tasteless neon pink. Not only is it tasteless but very hard to paint without the neon pink plastic bleeding through. Also mine was missing most of the palm tree leaves but eventually I will replace them.
Anyway Kong seems to hate the reptiles as you can see in the last picture. He is stepping on two lizards and one snake. There is one more snake in the tree to Kong's left. There may be other snakes but I forget.
Hopefully Vincent approves despite missing palm leaves.