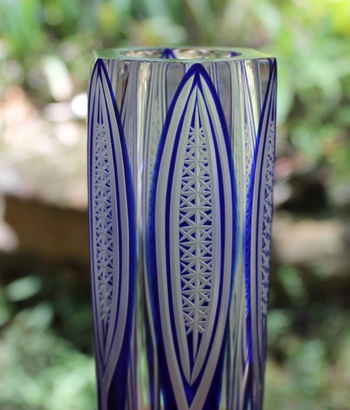 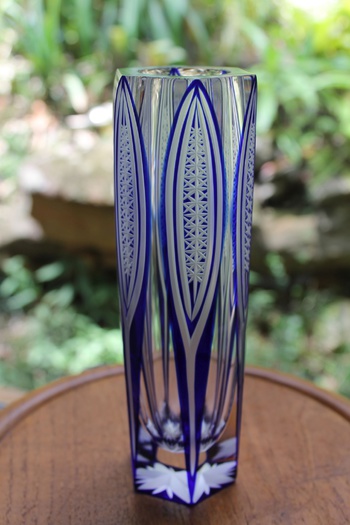 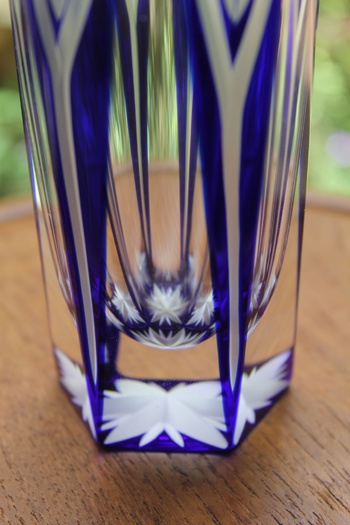 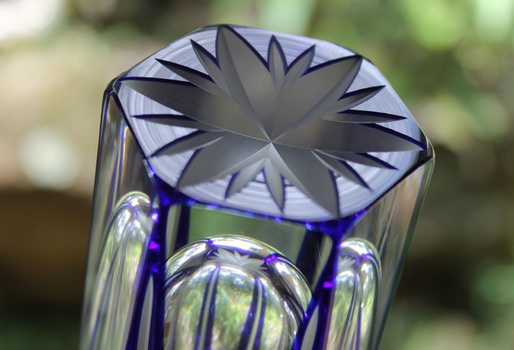 This exquisite vase from Japan has been cut by hand and is certified Edo Kiriko.

So what is Edo Kiriko?
In 1824 in Edo (present day Tokyo) Kyubei Kagaya started experimenting with cutting patterns in glass, and developed a style and technique that was then fostered as a craft specific to Edo. In the mid to later 1800s the Japanese started using cutting equipment and methods adopted from Europe, but retained manual methods of cutting and traditional designs.

This vase then was cut by hand using traditional methods.
It is exquisite I think!
Generally Edo Kiriko is very expensive (as you can imagine). I was lucky with this one.
Height 19cm

Note: The Japanese LOVE cut glass and are big buyers of Bohemian and French glass. They also now have a large market player in hand cut glass from China, which is sneakily called Edo Chiriko.