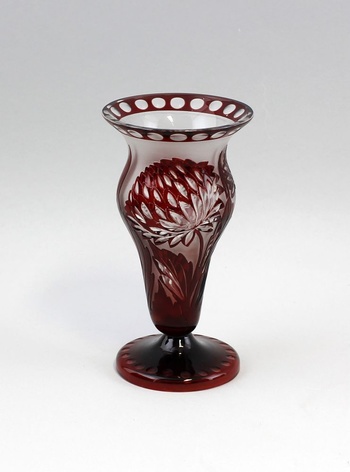 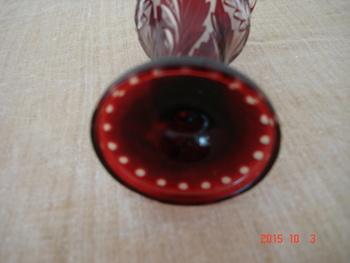 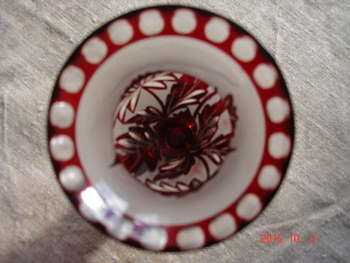 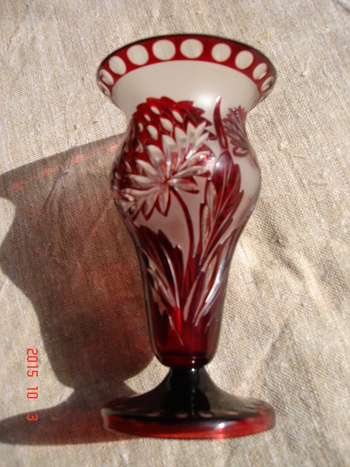 Another nice piece I am posting for Andy. The techniques used are really ACB (acid cut back) and wheel cutting (cut-to-clear), rather than a typical Cameo. The following text was written by Andy.

Now, what is this piece of... glass doing among the sublime Loetz? Well, it actually has the right to such fine company. First of all, it is not a thin layer of paint with carved neo-baroque elements, but a cameo. It features a solid red glass layer on clear ground, which is then formed into a floral Art Nouveau pattern by acid treatment. It left the ground opaque and white. In the next step the designs were finished by cutting and the red and clear portions were polished. In the Passau VI book we can find a design in this technique by Marey Beckert-Schieder and the shape is well-known, for example as 226 (see loetz.com, someone has also posted one in yellow on CW 2012).
This is probably a factory derivative based partly on traditional late colored cameos and partly on the mentioned MBS-designs. It must be quite rare since it is the first one that I have encountered in years. We can safely assume that it can be placed between 1925 and 1930.