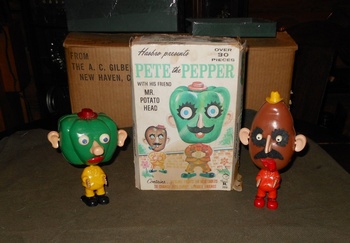 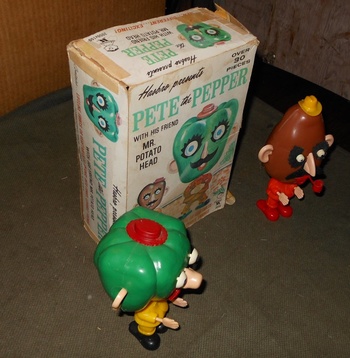 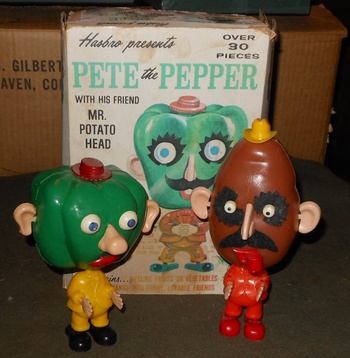 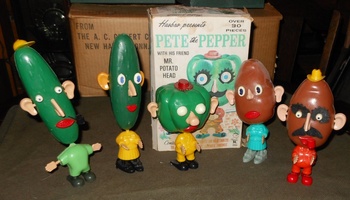 I Have had this boxed set for a few years but until today it had no Pete Pepper. I had to go to eBay to find a Pete Pepper. Got a loose lot of various parts including Pete and various parts including Cooky Cumber and Mrs Potato Head. These were from the 1960s along with some early parts from before the Potato Head series came with the plastic vegetables. The original Mr Potato Head was meant to be used with real vegetables.
In the last photo Pete the Papper is sporting a pair of eyes made to look like onion halves. Mr Cooky Cucumber has the original Mr Potato Head body with the hands out to the side. And a Mrs Cooky Cucumber with the female body.