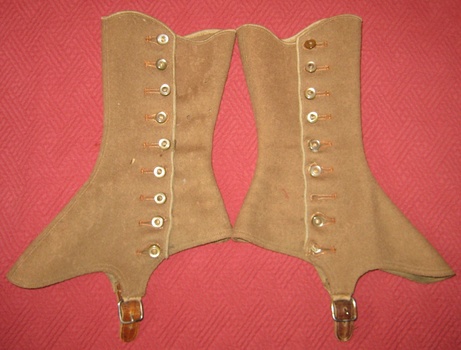 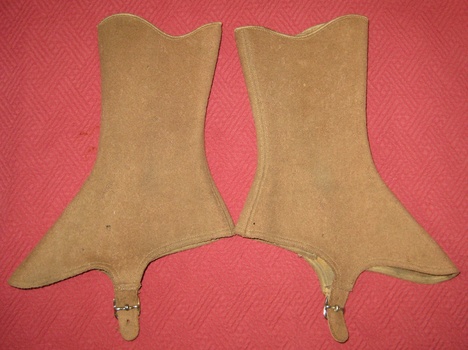 We decided to venture out today and go to an old antique mall that's located in a very old barn here in central Kentucky. This barn has three levels of antiques and collectibles and it has a lot to see. So, you have to take your time and look very carefully, as not to overlook anything.

I spotted these old wool spats from the 1920's that were stashed in an old box. Had to have them to go with my other spats and Victorian era boots. These are made of wool and very thick, as were most spats I've seen.

These spats would, more than likely, have been worn by a child or a small person, as they're the smallest pair of spats that we've ever seen. I say that these are from the 1920's as that was when it was fashionable to wear spats.

We have a very small pair of Victorian era lady's boots and these spats were far too small to fit the lady's boots that we own.

The markers mark has been worn badly and has became unreadable. Only a number or letter here and there. So, I do not know who the manufacturer of these was. Nice addition to my collection though.

Thanks very much for stopping to have a look!!!