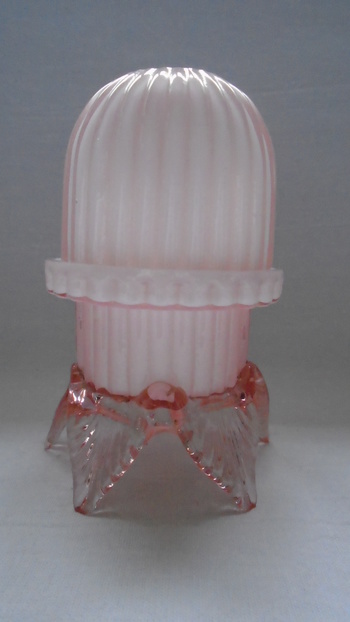 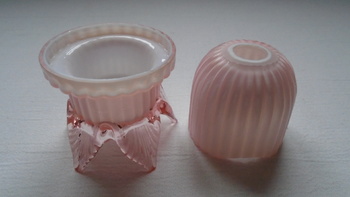 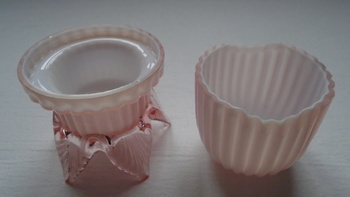 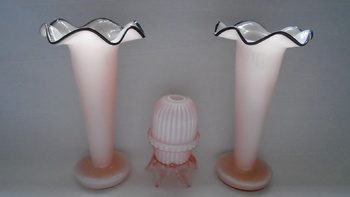 This fairy lamp is ribbed, white glass with an outer layer of peachy pink and the base sits on five, applied feet in translucent, peachy pink.

The shade has two sections of glass, cut out of its rim, to allow air in to aid the burning of the candle. I imagine that the hole in the top of the shade is to allow heat to escape.

Image four shows the fairy lamp with two Welz vases from a later period. though the glass itself is of exactly the same construction.....white glass cased in an outer layer of peachy pink.

However the determining factor in this ID is the link below. It shows a fairy lamp in the same ribbed shape, though without the applied feet. It's in the Welz décor called 'Harlequin Honeycomb' and was posted here by IMASapp.