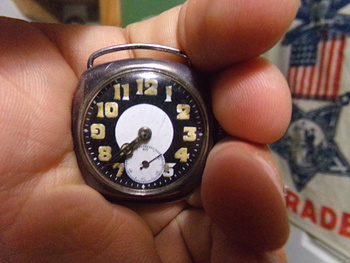 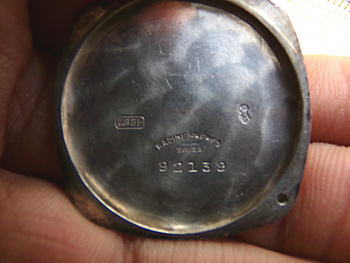 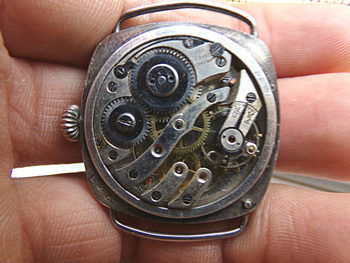 Here's a 15-jewel, 3-adjustments Racine Freres (1904-1926) watch set in a .935 silver case I purchased and had serviced for my birthday (long past, mind you). These photos are before it was cleaned and timed, as I didn't want to take the back off again and let it be exposed to dust in the air.

This watch has performed admirably though it is subject to the shocks of my physically labourious job. It's a bit fast by a minute every other day, but that's okay (to compensate for that, I set it on cold glass when I get home as that slows it down a very small bit).

I will say, though, that winding it when it's cold is very hard-- to the point that it damages the skin! A super-tough old spring in it. I let it heat up to body temp. before winding it, quite often, as the warm spring is easier to wind. If not, I have to put my shirt between the knob and my fingers lest it leave a mark!

It's been polished up since I got it, too. But I haven't relumed the hands or dial. I'll likely leave it alone permanently in that respect so that it shows its century-old character for another century. Generally these are known as 'officer's watches' as men's wrist-watches took off in WW1. Apparently, it is possible to make the old radium glow again by applying a phosphorus compound, but I haven't tried that.

It was the dial that drew me in. Such a late '10s and '20s style to it! Simple yet unique. Sharp but not flamboyant beyond its due. 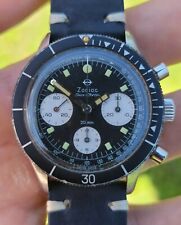 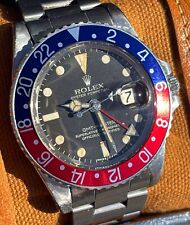