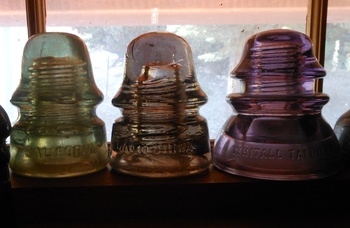 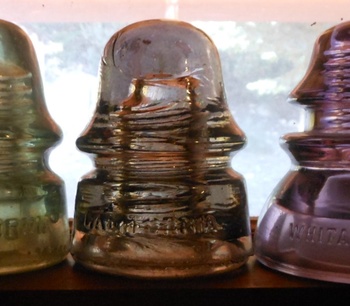 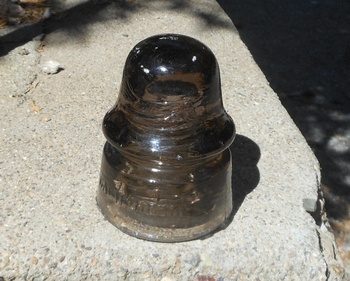 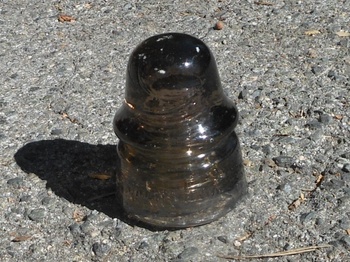 Or perhaps a CD 162.1 I fear I do not know the difference. This insulator has a faint purple tinge. It looks black when taken outside. I took away the purple insulator to the right in the first photo and it still had the purple tinge.
The company that made California insulators was destroyed in a flood in 1916 so that makes it a 100% genuine antique going by the 100 year rule. It doesn't really mean a huge a bunch of bunches but is nice to have something that has passed the century mark.