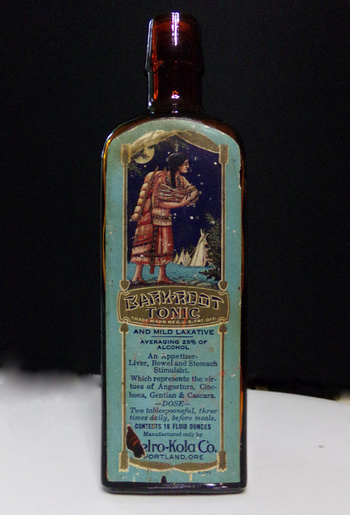 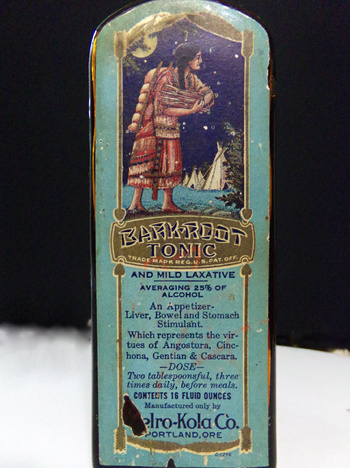 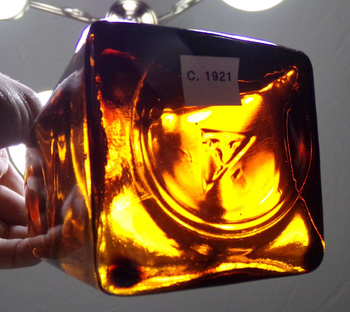 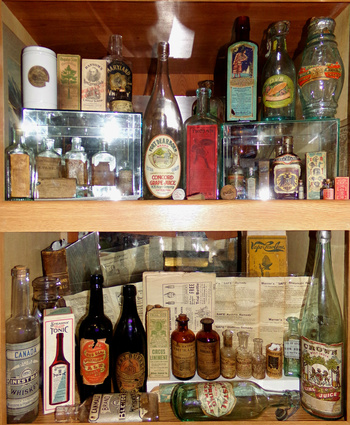 C. 1921 Bark-Root Tonic (technically a bitters, as it's an herbal alcoholic medicine) manufactured by Celro-Kola Co. of Portland, Oregon.

The company was a major one in the first quarter of the 1900s, but this product seems to be advertised beginning in 1921 and continues till at least 1925. I did not search out an end-date.

Further dating cannot be done at this time as the glass-maker's mark is illegible. It is very similar to the Illinois-Pacific Glass Co. mark, but it's not their mark. I know of no other glass-house at the time that used a Isosceles triangle with embossing in it, though other glass-houses used similar equilateral triangles.

This bottle likely came from a small lot discovered after three-quarters of a century several years ago. Though it's newer than what I usually collect, the teal label with Native American gathering roots and bark was just too attractive to let slip away.

As you can see, I've run out of room in my cabinet for labeled bottles. Hopefully I'll sell a few at the bottle show early next year, so as to make room for better-condition, more detailed pieces.