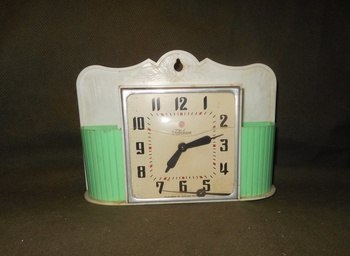 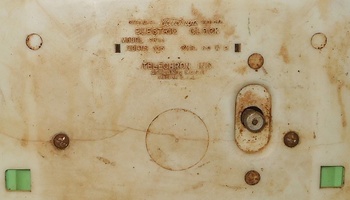 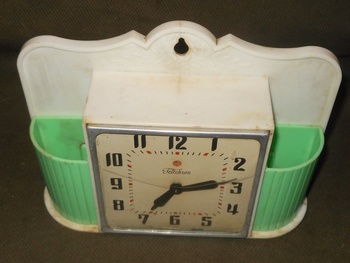 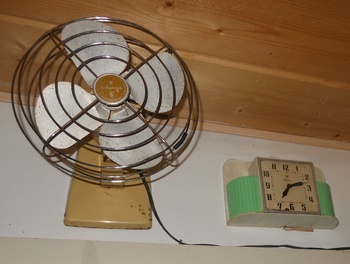 Yes a clock that doubles as a planter. Apparently ivy is suggested as that was the name given this clock also known as the Model 2H33.
Aside from being a planter another main feature of the Telechron clocks was the ability to keep accurate time. I was reading about how this was done and it involved the atomic clock or some such but my eyes glazed over. Anyway better ways were found to keep accurate time such as quartz movement, that and batteries being more dependable. When the power went out the Telechron clock would stop and it would have to be reset. The red light under the 12 would light up if the power had gone out to let one know the time was no longer accurate. Do not think it would tell one if it was time to water.
Speaking of water the vases on the side come off for cleaning. You can see on the backside in photo #2 the release pins to detach the vases. Sadly the second hand has fallen off but I think I can get it open to fix that.