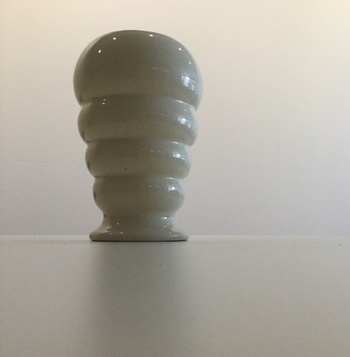 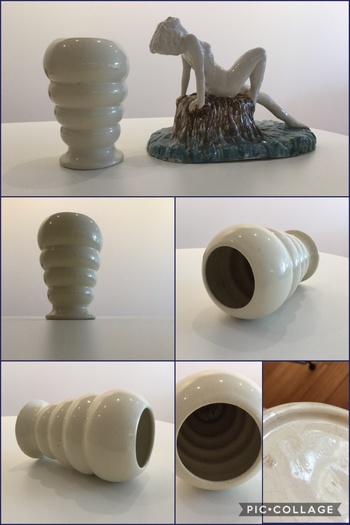 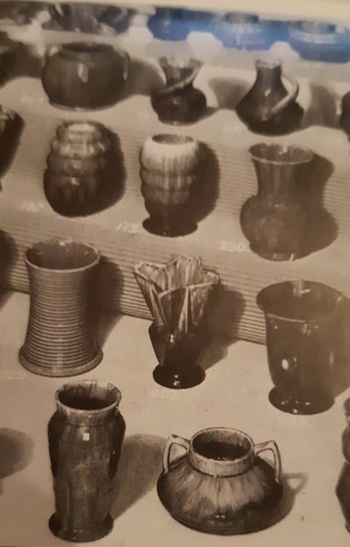 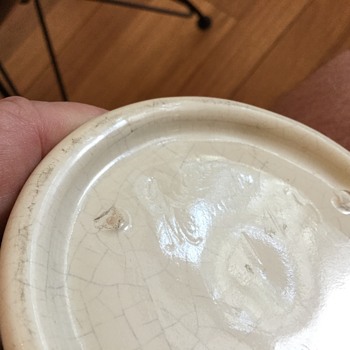 William and Henry Mashman began a pottery, with partner James Sandison, at a former brickworks in North Willoughby, on Sydney’s North Shore in the late nineteenth century. The Mashman boys' grandfather had worked at Doulton's in England. The look of their pottery and their range in the early days had a Doulton 'feel'. The family firm developed over the years and moved away from tiles and ginger beer bottles into art ware as well. In the 1930's the firm became interested in art wares that fitted the slogan of 'Australian-made, Australian workmen, Australian artists and Australian clay' under the 'Regal Art' ware name. Here's a deco vase with a plain white glaze marked Regal Mashman 173.
H : 12 cm