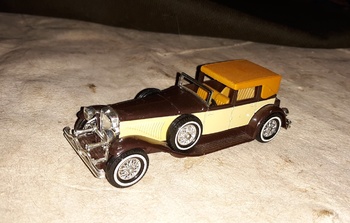 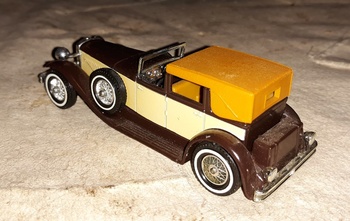 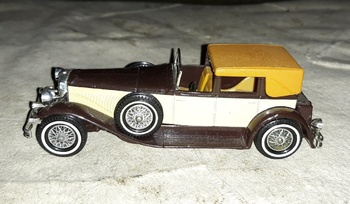 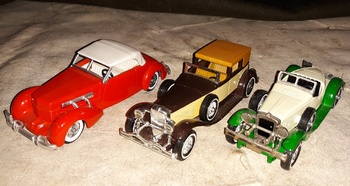 I posted one of these a few years ago but this one is a different color so it is all good. This is one of the later models. There is conflicting information on when it came out but it is 1975-1978 or somewhere in-between. As for when this one was made not sure. They changed colors every few years.
The 1:1 version was made to compete with the European luxury cars like Rolls Royce. This is a town car also known as a limousine. The driver is kept separated from the passenger compartment. It had a 420 Cu inch straight 8 thus the rather long hood. It was a very powerful engine for the time. They didn't sell as well as hoped. Possibly due to the Great Depression but perhaps not. Many car companies went under when the economy was good hard to say.
The same company made the Cord and Auburn seen in photo #4. OK Matchbox made the models but the real ones all made by Cord under the name Duesenberg. The doozy thing may or may not be true. Actually it sounds better than the other explanations. The nickname for Duesenberg was duesy and they were super expensive.