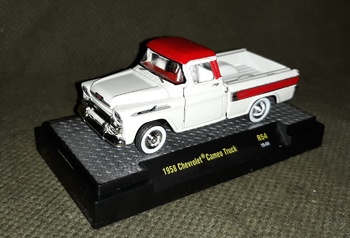 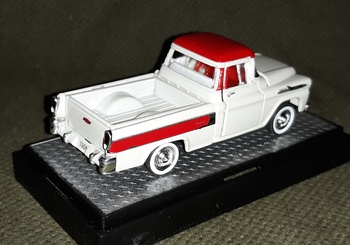 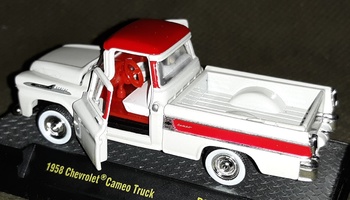 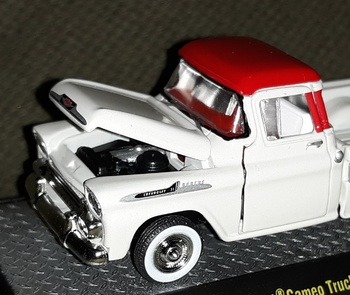 The Cameo was a heavier duty fancier version of the Chevrolet Apache Truck. The main feature on this is the sleek sided truck bed. Not only is it sleeker giving it an appearance more like a car but the bed holds more. These trucks didn't sell well as there was recession. It was the last year for the Cameo. I would be happy with the 1:1 version of this truck but if I was going to get a classic truck I would get a step side. But then again I really can not fault this.
Speaking of this, this is a an extremely detailed model. It even has "Apache" on the front spears along with a gas cap and other details. Looks like the engine is a straight 6. Also it has a great 2 tone paint scheme. Also there are opening doors and a detailed interior including a stick shift.
Remind me to post my Donald Duck floating soap dish soon.