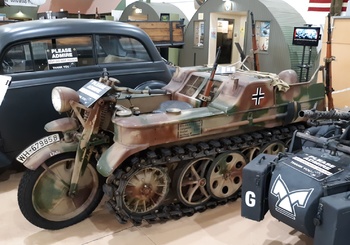 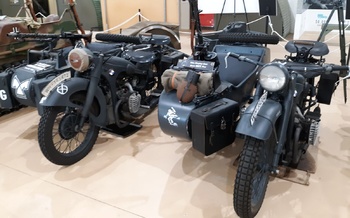 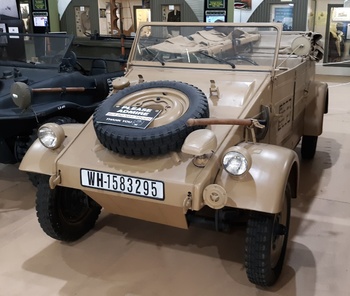 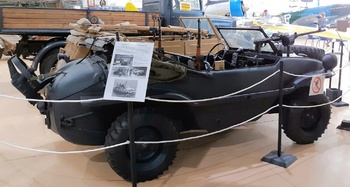 By 1:1 I mean the real thing. Also the museum does have a large collection of aircraft, mostly WWII but the subject this week is vehicles such as the ones I posted last night.
Starting off is the rather bizarre Kettenkrad. A tracked motorcycle. Worked well in WWII but no one bothered to copy it or use it after WWII.
Next is a pair of motorcycles with side cars. I am hoping to get the Ultimate Soldier version of this for my 1:6 Germans.
#3 is the Kubelwagen which was later known as the thing. Put a different body on it and it is a VW bug.
Last is the aquatic VW Bug the Schiwmnwagen. They should have released this commercially it would have been a lot of fun. It's a VW bug with no doors (thus watertight) and a propeller. Would have sold better than The Thing.