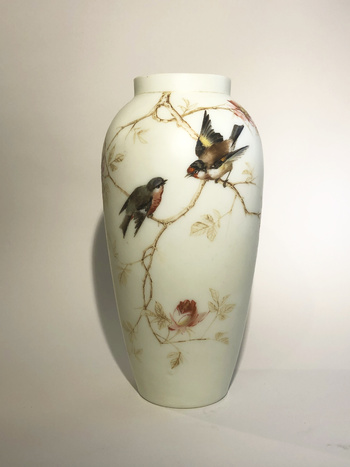 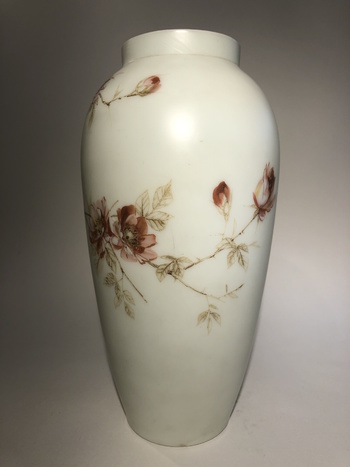 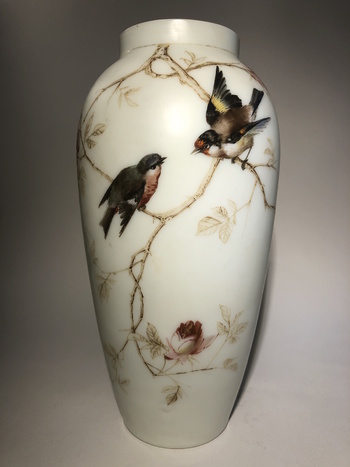 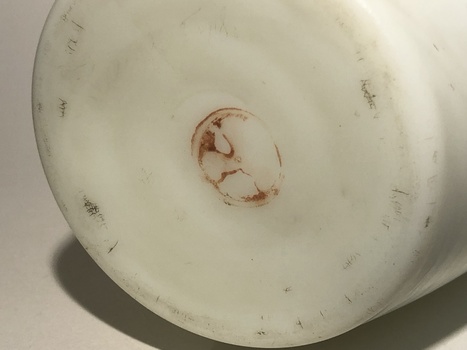 It's been somewhat of a coincidence to have two/three white satin Bohemian bird vases in one week! Here is another example of a mis-atributed pretty bird vase, described as 'Chinese' on my favourite auction site. Seller did not want to post, he lived on the South Coast of the UK, a round trip of 600 miles for me, so clearly a no go. I wrote to him and suggested that if he was prepared to post, I would buy/bid. I didn't hear back - no one bid. So, re-listed, he wrote back and said he would post and added the extra cost of a few quid, I bid, I was all on my own with no competition. Harrach, slightly faded feather mark to the base, 9.5" tall