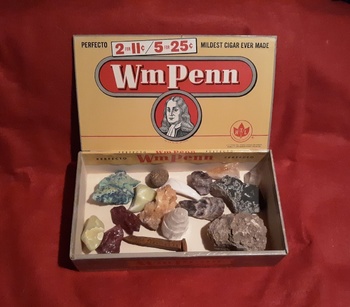 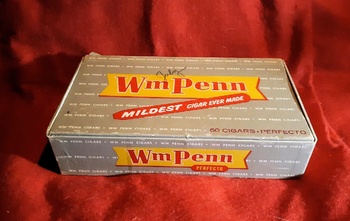 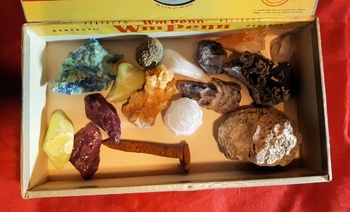 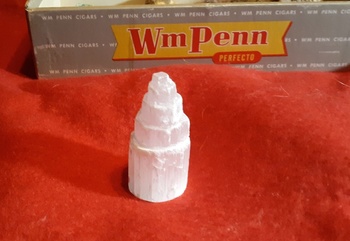 Finally done packing and shipping Christmas presents. This year I am giving boxes full of rocks and other bits of this and that. This one is a Wm. Penn cigar box, looks like they were less than 10 cents. No UPC symbol on the box so pre 1970s and probably earlier than that. Anyway this one is filled with rocks. I made up a few others with other items like small tins and bottles. Basically I find a bunch of small items. Instead of getting people something they don't like they can have a whole bunch of them. I have a feeling this will turn out well. I guess it is just a variation on the stocking stuffers.
The last photo is a selenite tower. The large ball is coprolite which is fossilized poop. There is also a buffalo tooth and a bunch of rocks.