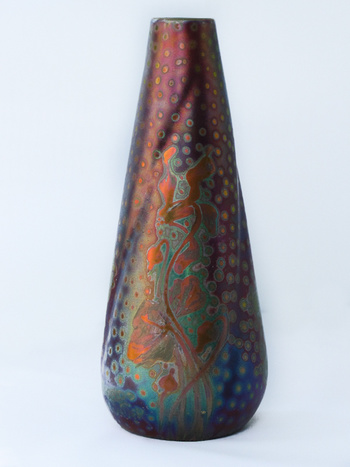 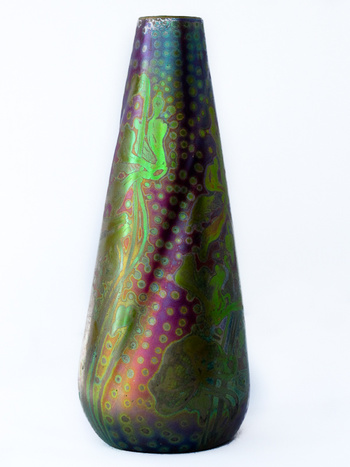 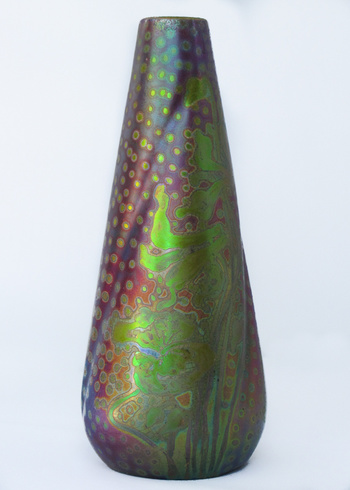 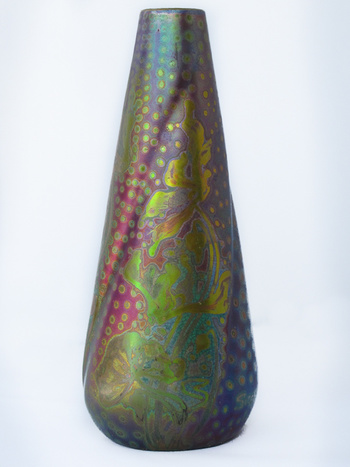 Like the iridescent glazes of the French masters and Zsolnay, this one dances as the sunlight shifts throughout the day. These photos were taken in natural light.

Jacques Sicard was a French ceramist that came to America to work for Weller Pottery for about five years. Supposedly, he never let Samuel Weller know the secret of his glaze so when he returned to France the glaze went with him. If you would like to learn more, American potter Paul Katrich has a nice video about Sicard's pottery at http://www.youtube.com/watch?v=WoICuX1vqh8.