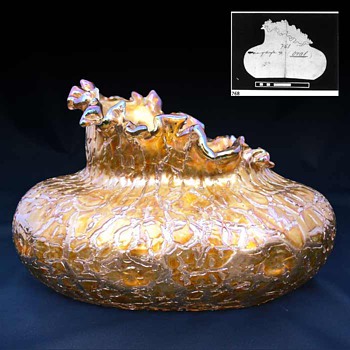 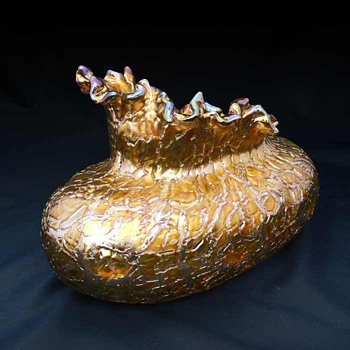 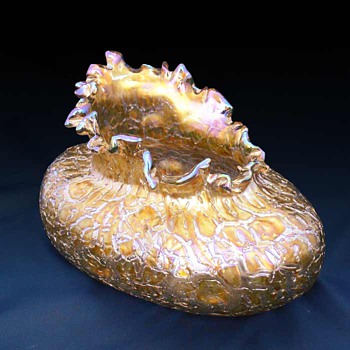 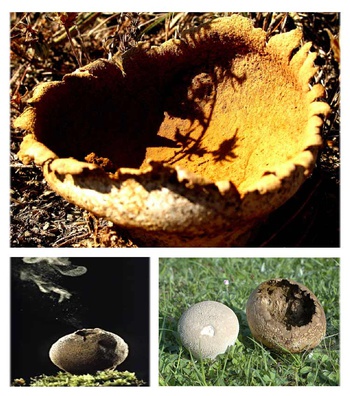 This is one more of the Carlos’s pieces I’ve been wanting to share here for a very long time.
It’s a funny shaped Lötz vase (Serie II, Prod. No. 768), made in the Orange Astglas decor. It stands 15,5 cm. tall and is 23 cm. long. It is in a perfect condition, what is almost a miracle after all the delicate dentations it’s got around its mouth.
The “Katalog der Musterschnitte” registers only two samples for this shape in the “Orange Astglas” décor (I wonder: is there only one more vase like this in the entire world? Where is it? Or perhaps this is the only remaining vase of this kind… mmmmm :) ), and they were made in August 13th, 1900.

In the new inventory published by Jitka Lnenicková she doesn't mention anything about existing only two vases, but she says that three paper patterns have been preserved for this shape. On them they made an exhaustive description of the profile of the vase as well as of the sizes of its base, middle body, middle neck and mouth.

The shape reminds a lot of a mushroom called Lycoperdon Gigantea (see picture No.4), which in Spain is called “Pedo de lobo” (I think it’s called a wolf-fart puffball in English, isn’t it?), and the décor Astglas reminds me a lot of the texture many mushrooms get when they’re mature (although the German “Astglas” literally translates as branch glass, or glass with the texture of the bark in a branch…). That’s why Carlos and I refer to it as “Pedo de lobo”, or simply “el pedo”, every time we talk about it.