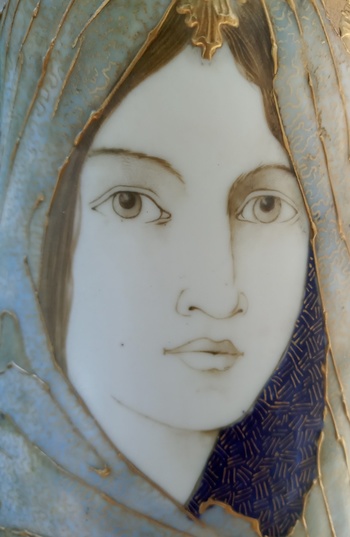 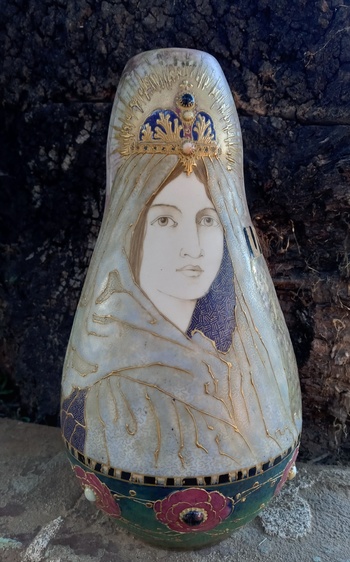 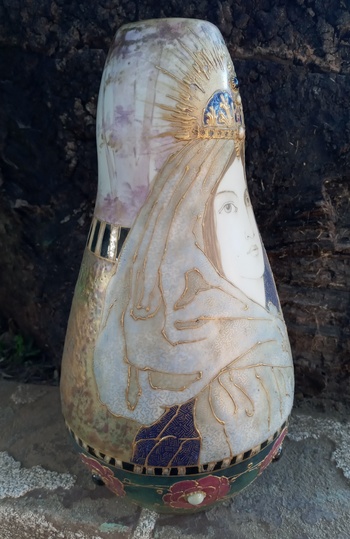 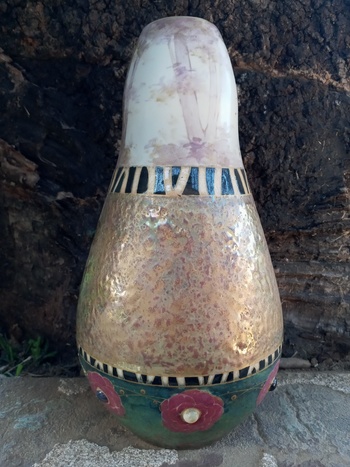 After many years of collecting Amphora Art Nouveau ceramics and experiencing shifting feelings about particular forms and decors, I still madly love the Veiled Lady. The beautiful face peering out from the semi-opaque veil captivates me. The diversity of glazes and artistry on this vase is extraordinary. To achieve this it took numerous trips to the kiln, each time a risk that something would go wrong and lead to the reject bin.

Search for "Amphora pottery" on YouTube to see the dramatic video that this beauty stars in. Also, there is an Amphora Facebook page that can be found at www.facebook.com/amphora.pottery.

Amphora, also known as Riessner, Stellmacher & Kessel (RSt&K), produced Art Nouveau wares from 1892 to about 1910. In 1893 Amphora received top honors for its work at the World’s Columbian Exposition in Chicago and received a grand prize at the 1904 world’s fair in St. Louis. The names that you see assigned to the various women that comprise Amphora's portrait collection (such as the Veiled Lady) were concocted by collectors, not Amphora. It is not known if the manufactory named them. 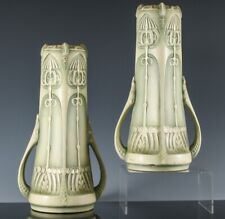