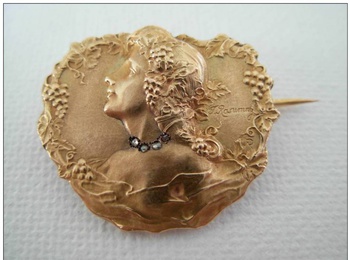 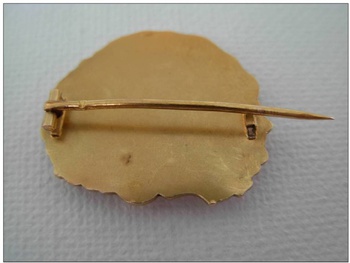 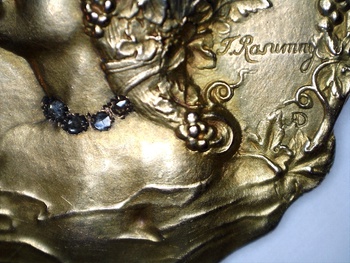 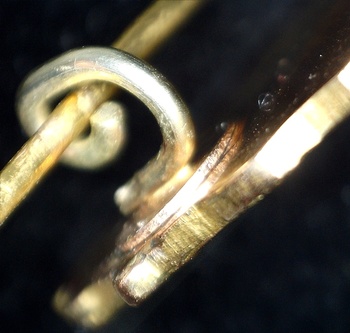 Although I knew in advance that the c-clasp of this brooch to be repaired, I still tried to get it in my possession. The sole reason that I think it very beautiful. This is almost always the most important reason I try to get a Jewelry. A try fortunately that was also the case here.
As I said in the title, it is a 18K gold brooch, made in France sized: 28 x 23 mm, signed F. Rasumny. A name before I became acquainted with now was not known to me. Thanks to the help of the PC and the Internet was not that long and I now know who the author is.
Felix Rasumny (1869 - 1940) was a Russian engraver, born in Sevastopol, but emigrated to Paris. He was trained at the Ecole des Arts Decoratifs under such masters as Millet, Gauthier and Tasset.
Felix Razumny exhibited his works at the Salon of the Societe des Artises Francais in 1891 and at the Exposition Universelle in 1900 (awarded with a silver medal).
Became a member of the Societe Nationale des Beaux-Arts in 1911 and was titled as Chevalier of the Legion of Honor later on in 1933.
F.Rasumny was know for a massive cast iron maquette for the celebration of the opening of Pont Alexandre III at the 1900 Paris Exposition Universalle, as well as for the designing medals, jewelry pieces, medallions and the 1929 Ten-francs coin.
Dedicated some of his time to modeling small scale statues of Russian and Ukrainian subjects.
The only thing I would like to know is: What sets this image ?? I think a mythological female figure. Who has an idea? I look forward to your suggestion! 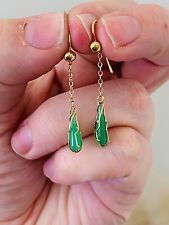 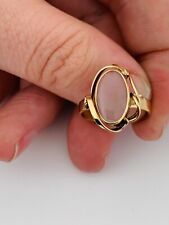 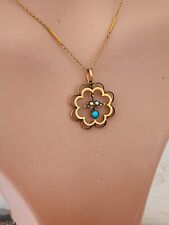 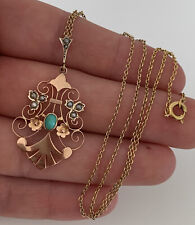