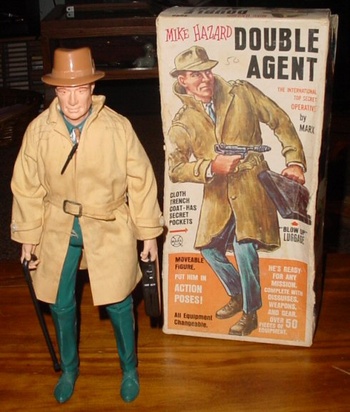 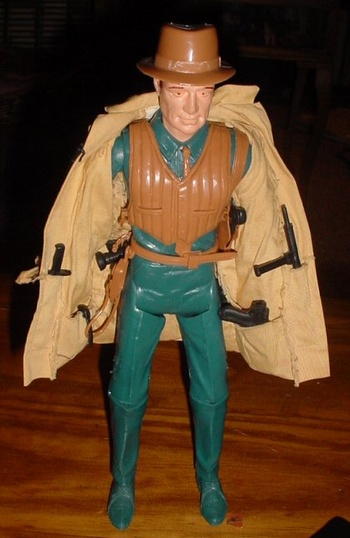 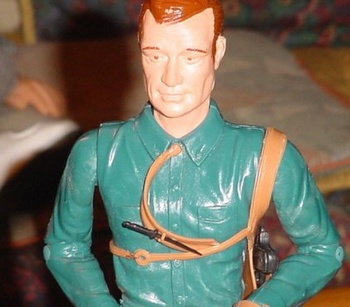 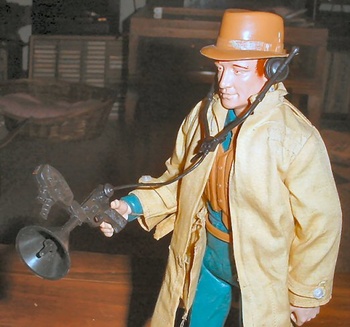 He wasn't actually a double agent. Marx just thought that sounded good. He was the classic secret agent armed to the teeth and then some. Along with ever so many weapons he had many disguises. This may take a few more posts to show everything.. Note quite sure of exactly when Mike Hazard was released probably 1966 or 1967.
Has can be seen his trench coat was filled with secret pockets all filled with weapons. His tie has stiletto behind it. In the last photo is his listening device where he is wearing his combination radio and hat.
Further posts will show his combination radio/machine gun, exploding brief case, exploding bag, break down machine gun/grenade launcher, disguises and more.