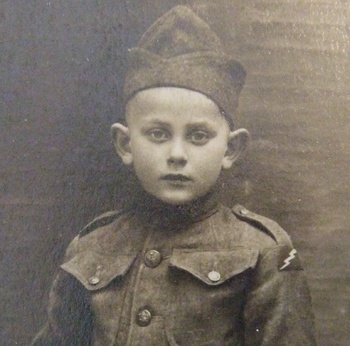 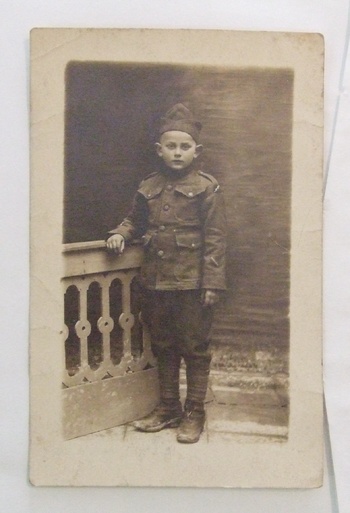 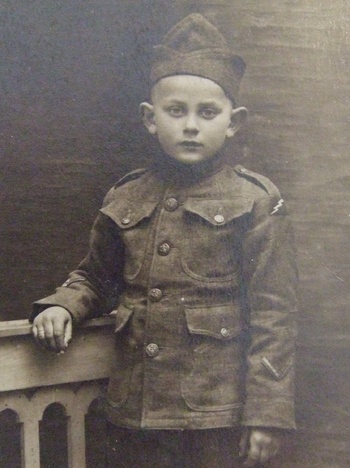 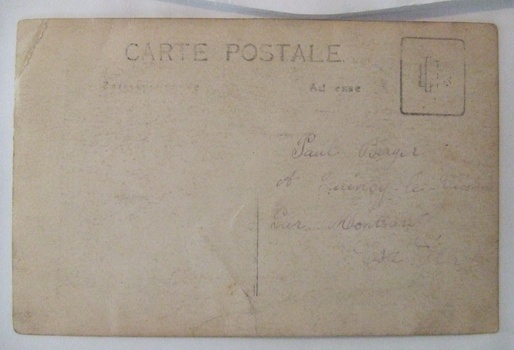 Real Photo Postcard (RPPC) of a child wearing a miniature WW1 uniform that has the unusual addition of a 78th Division patch on the shoulder.

I was surprised when this one arrived-- it is a French postcard. I was expecting it to be a stateside view.

Additionally, the back has an ID of "Paul Berger".

Could be a case of a post war tour by a Veteran with his family or a Widow with her son (Speculation right now).

At some point, I will research 78th Division casualties and see if this can be tied to a particular soldier.