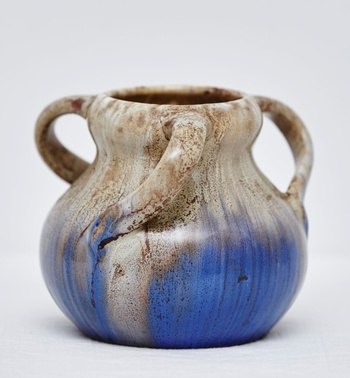 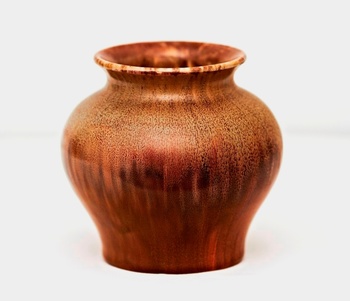 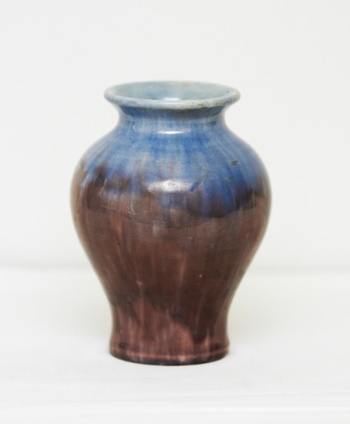 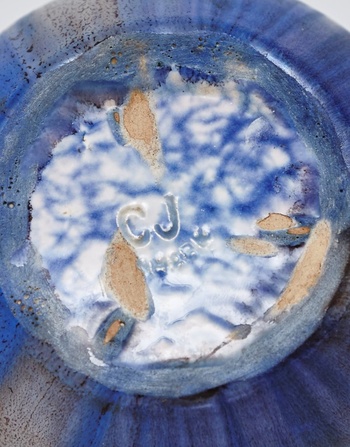 Three vases, all from Thisted Keramikfabrik (‘Thisted Ceramics Factory’), which was established in 1912 by Jens Christian Jensen who ran the pottery until 1958. He had previously worked at another pottery, but started his own one in order to make ‘finer’ things such as vases and dishes, and not only objects for daily use.

In the first picture, a three-handled vase of a type produced at several of the smaller, local potteries en Denmark, but quite charming all the same. I like the blue and grey drip glaze!

In the second picture, a squat vase decorated with drip glaze in various browns creating a characteristic and very recognizable pin-stripe pattern which I haven’t seen on any other vases than these from Thisted (town in northern Denmark).

In the third picture a small vase with blue and egg-plant drip glaze. I find pottery from Thisted from time to time – it is not particularly sought after, as it is not generally well-known, so usually it can be bought at very reasonable prices.

Size: All the vases are 10-11 cm tall (app. 4 in.). Vases from Thisted Ceramics Factory are marked with ‘CJ’ for ‘Christian Jensen’. Sometimes 'Haandarbeide' ('Handicraft') is added, as is 'Danmark' in a circle around 'CJ'.