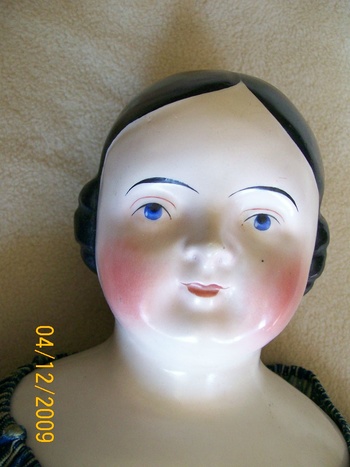 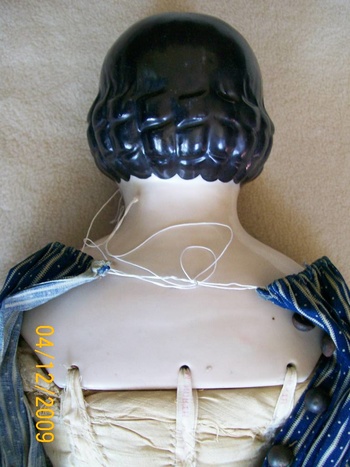 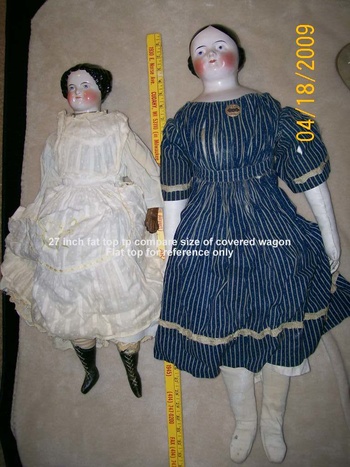 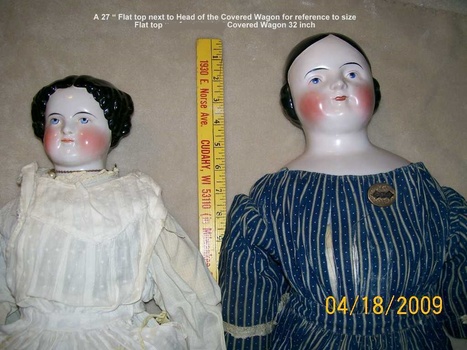 My "Covered wagon Doll " is a massive 32 in tall a very heavy doll and head all original body . Dates from around 1860's
2nd doll is a more common Flat top doll again all original body and stands 27" Tall .Dates 1860-1870s. Both are German Made .
China and Parian dolls are similar in many aspects. Both are made of porcelain with the Parians having a flat finish and china dolls with a shinny glossy finish. Most china dolls were made from 1840 to 1930’s with painted eyes, usually blue, but a few had brown painted or stationary glass eyes. They all had shoulder plate heads that were mounted on fabric bodies. Most had formed hair in styles that reflected the time period
Amazing these dolls survived as heads could easily break .
Just a post for showing some difference's in China doll vs Parian .
I log all my dolls when I buy them for reference and do a photo shoot :-)
China dolls were made very elaborate with flowers molded in hair to the very most common one called a Low Brow which was made up to 1920's and some into 30's