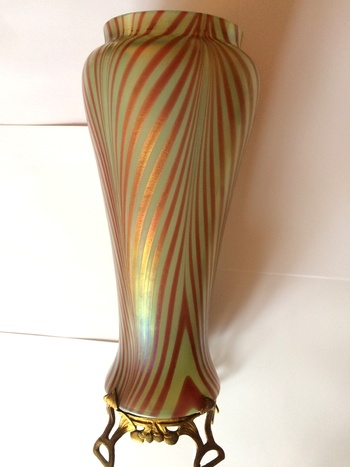 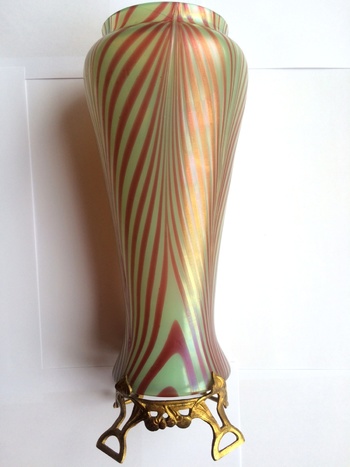 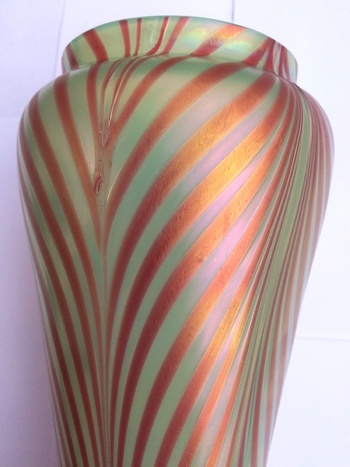 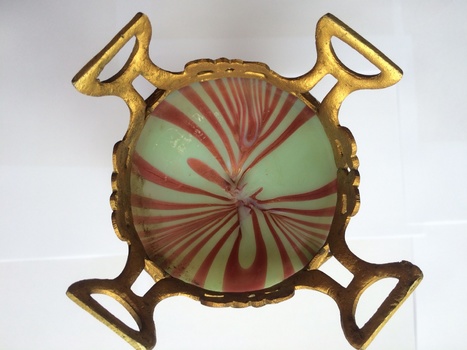 This vase was offered as Poschinger. "Rindskopf", I thought, and went for it. After a serious bidding struggle I won it and while waiting for it to arrive, i changed my mind several times. After all, nobody has ever seen even a similar Rindskopf decor, while Poschinger and Kralik (and Loetz and many others) do have these feathered decors. The shoulder area is not so sharply angled as most of the vases of this kind produced by Rindskopf. But then it arrived. Size: check (about 12" including the mount) Mount: possible. Opaque glass: possible. Surface structure: check. Irisation: check. And most important: the structure of the glass. It has four layers: opaque, transparent, opaque again and than the decor. I have two Rindskopf vases with the same feature. Everything else matches. I have also found some Rindskopf models with less angular shoulders, which is here also stressed by the decor. I tried to put the vase into the display case with other makers: no go, it is an alien body there. With other Rindskopfs it is at home. So Rindskopf it is, however weird this looks. And yes: the auction house included a chocolate rabbit into the package. Happy Easter once again.