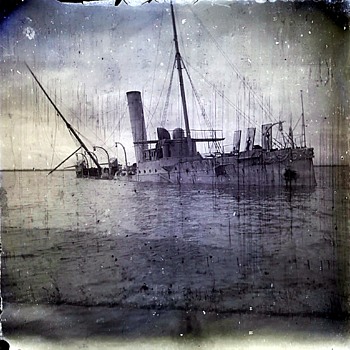 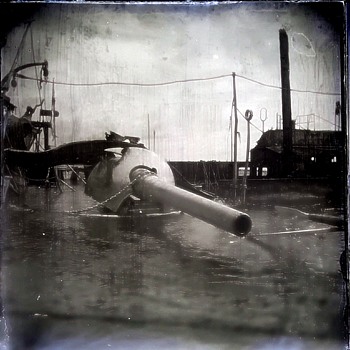 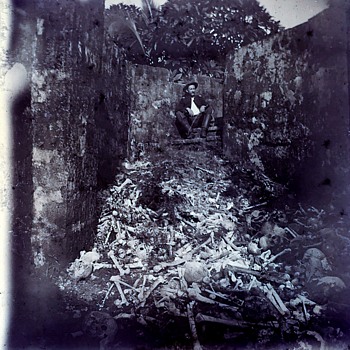 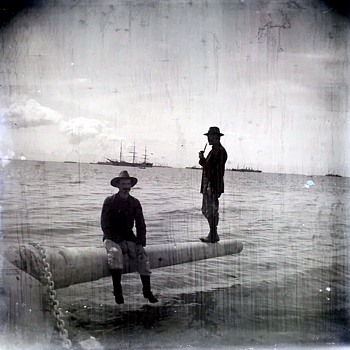 I found a box of dry plate photo negatives in a barn. I put them on a light board to photograph them and inverted the photos in Photoshop. I was amazed to discover they were taken in 1898 and show images from the Spanish-American War. Many document the Battle of Manila and show ships that were scuttled or sunk. The one of the two soldiers perched atop the cannon of a sunken Spanish ship is a favorite and the one with the skeletons in a mass grave is certainly incredible.

I don't know much about these and would love to know if anyone had an idea of the specifics regarding places and people.

The other images are posted in an album here: http://imgur.com/a/WhnPu

These things should be given a good home at some historic archive or a museum so that they can be seen by everyone.